A year after the Atlanta killings, a path forward for Asian Americans 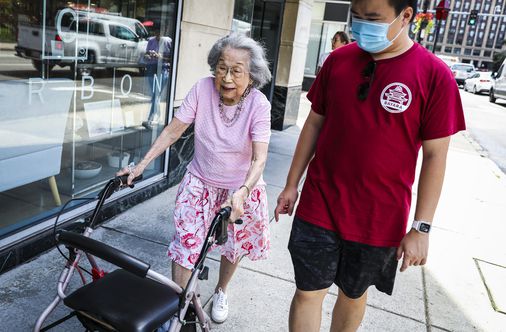 Even as these attacks have continued, however, our communities have persevered and rallied, fostering allyships, growingeconomic and grassroots organizing capacity, nurturing cultural awareness and appreciation, supporting youth activism, and building political power. Here in Massachusetts, Asian American and Pacific Islander leaders and organizations have established and built stronger, broader coalitions across our diverse communities and fellow communities of color, including alliances with King Boston, Boston’s Higher Ground, and the NAACP’s Boston chapter.

Get Weekend Reads from IdeasA weekly newsletter from the Boston Globe Ideas section, forged at the intersection of ‘what if’ and ‘why not.’

The Asian Community Fund at the Boston Foundation has raised funds from individual, corporate, and philanthropic partners to grow new platforms for collective advocacy. The first of these efforts will be to launch a statewide Asian Business Empowerment Council to enhance support to Asian American businesses that were especially hard-hit by the pandemic.

Asian Americans celebrated the historic election of Mayor Michelle Wu of Boston and breakthroughs in cities like Lowell, which elected three Cambodian Americans to its city council and its first Southeast Asian mayor. Meanwhile, Asian American representation at the State House is the highest in history, with eight members identifying as Asian American and Pacific Islander.

While these are encouraging steps, our community’s future success lies in the sustainability of this progress. Thus, it is incumbent upon us to seize this momentum by continuing to build upon inter-community partnerships, capacity-building endeavors, and burgeoning political influence so that our progress becomes permanent.

Foundations, corporations, and government must all be part of the solution by increasing resources in AAPI communities, small businesses, and nonprofits. Massachusetts should follow the leads of New York state, which recently announced a $10 million fund to support the health, economic, and safety needs of Asian Americans, and California, which last year passed the “Asian and Pacific Islander Equity Budget” — a 3-year investment of $166.5 million for the state’s AAPI communities. Such support is crucial to allow AAPI businesses to thrive and communities to build organizational capacity.

For policies like these to become more commonplace, there needs to be an increase in Asian American representation in government. For these leaders to make informed choices, however, it is essential that they have the most accurate information available to them, including attacks perpetrated on our community.

Alarmingly, numbers showing the surge in anti-AAPI hate crimes do not include the hundreds of victims who were too afraid to report a crime. In addition, Massachusetts law enforcement agencies are not required to report whether a crime was motivated by bias, resulting in large gaps in data.

The bill “An Act to Reform the Hate Crime Statutes,” filed by Representative Tram Nguyen, Attorney General Maura Healey, and Senator Adam Hinds would help resolve this. It would clarify and simplify existing hate crime statutes; mandate data collection; add gender and immigration status as protected classes; and include a restorative justice component for perpetrators willing to make restitution. These reforms would provide decision-makers with vital information to steer resources to our most vulnerable populations.

In addition to passing that bill, the Legislature should also pass legislation that lays the foundation for the most important resource in sustaining Asian American progress: educating and empowering our next generation of leaders. Similar to a landmark law passed in Illinois last year, Massachusetts should mandate more diverse curriculums in public schools. Two bills supported by the Coalition for Anti-Racism, Equity and Justice in Education would require inclusive, culturally responsive ethnic studies in public schools.

Asian American history is an integral part of American history. Its inclusion as part of a comprehensive multicultural curriculum would help empower the next generation with the historical knowledge necessary to make and sustain change.

Asian Americans’ quest for equity has been, and will continue to be, a generational struggle. We must use a multifaceted, multi-sector approach to continue to provide the tools needed to equip decision-makers and future generations with the resources they need to ensure that we are forever moving forward.