After Outcry, Asian-Majority Cities In West San Gabriel Valley Are 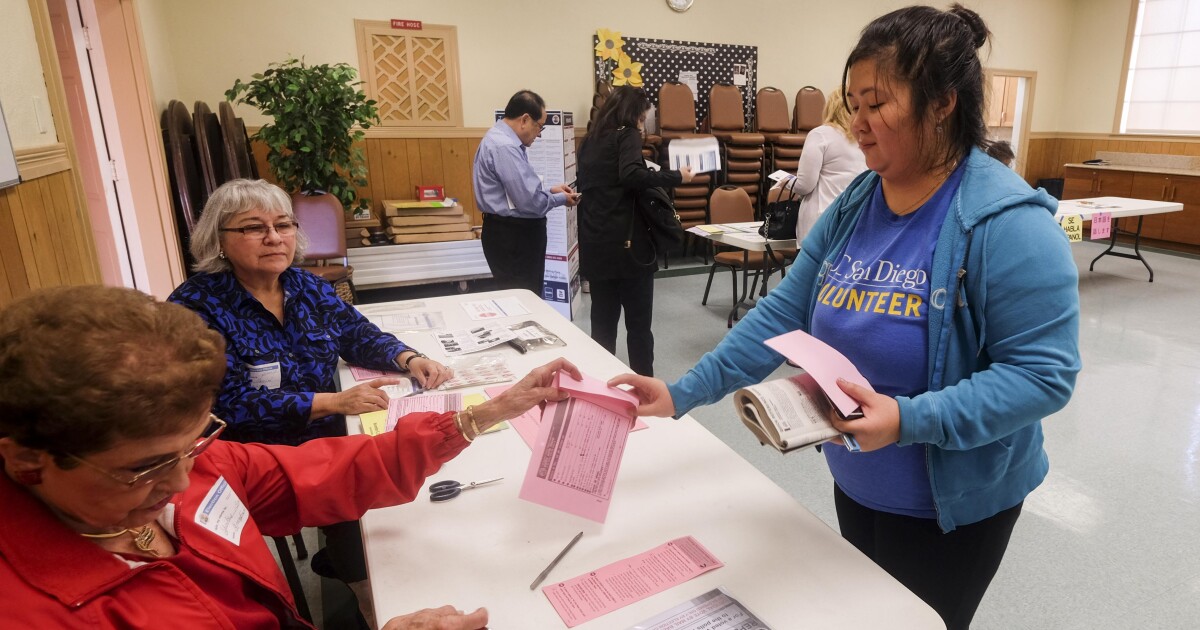 Start your day with LAist

Hundreds of emails and phone calls began to pour in last month as word spread about a proposal to break up a congressional district with a high concentration of Asian-majority cities in the west San Gabriel Valley.

The proposed change came as California is in the middle of redrawing its congressional districts to reflect population changes recorded by the latest census. The process not been without controversy.

The draft map that plucked Alhambra, Monterey Park and Rosemead out of their current congressional district — and placed them with predominantly-Latino cities to their east such as El Monte and Baldwin Park — drew protests from Asian American politicians and civic leaders who said their community’s voting power would be minimized.

On Thursday, with no debate, the California Citizens Redistricting Commission posted a new map for Southern California online that returned the three cities to the same district as other Asian-majority cities including Arcadia, San Gabriel, San Marino and Temple City.

“I think we’ve accomplished many of the things that we set out to do,” Sarah Sadhwani, a commissioner from La Cañada Flintridge said Thursday. “Certainly things like bringing the San Gabriel Valley back together.”

Redistricting maps are not final until the commission takes a vote on Dec. 27. But Asian American leaders expressed optimism that the west San Gabriel Valley district would stay intact. The communities are currently in the 27th Congressional district represented by Democrat Judy Chu.

“I do feel like the community input really made a difference and made it very clear what [commissioners] needed to do,” said Nancy Yap, who leads the Center for Asian Americans United for Self Empowerment (CAUSE).

“So many of the things that we’re experiencing as a community — from language translation and cultural competence to also experiences around the pandemic and anti-Asian hate — makes it important that we have a representative that understands our community and represents all of us,” Yap said.

Yap said that CAUSE and other organizations continue to keep an eye on the outcome for Asian-majority cities in the east San Gabriel Valley. Currently, draft maps move Diamond Bar, Hacienda Heights, Rowland Heights and Walnut out of their current district shared with Buena Park and Fullerton, which have large Asian American populations, and groups them with Latino-majority Gateway Cities including Norwalk and Whittier.

Have a question about Southern California’s Asian American communities?

Josie Huang reports on the intersection of being Asian and American and the impact of those growing communities in Southern California.