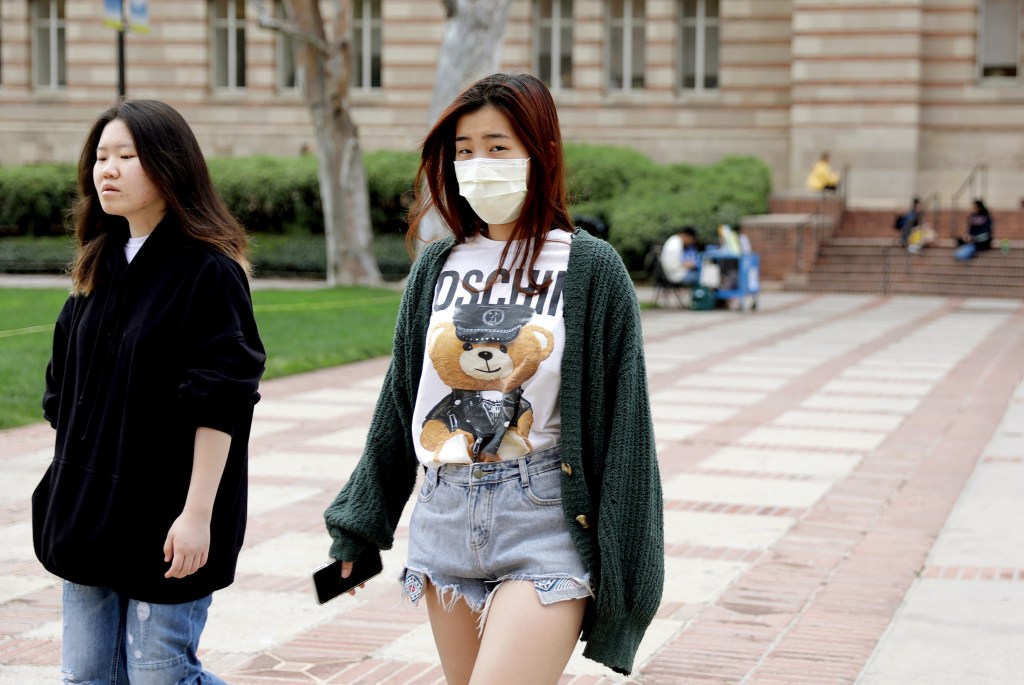 LOS ANGELES — Asian Americans are often seen as successful students, but the stereotype masks “incredibly disconcerting” gaps in college outcomes among the multiple ethnic groups who make up the larger community in California, according to a new report released Tuesday.

Among the first-year, full-time students who entered the University of California in 2013, six-year graduation rates vary from about 90% for those of Chinese, Vietnamese and Indian descent to about 70% for Samoans and Hmong undergraduates, according to the report by the Campaign for College Opportunity. At California State University, about 85% of transfer students of Japanese and Filipino ancestry graduate in four years compared with less than 70% for Native Hawaiian, Bangladeshi and Tongan students.

The 95-page report details other stark differences in academic achievement among California’s Asian American and Pacific Islander subgroups, including qualification for UC and Cal State admission, completion of community college degree or certificate programs and attainment of bachelor’s degrees. Data on 30 subgroups were examined.

“The Asian American community in California is incredibly diverse and there are huge differences in terms of college preparation, college going and college success,” said Michele Siqueiros, president of the college advocacy organization. “It’s really harmful to lump all of the groups into a broad Asian American category together when we know that sort of model minority myth is absolutely harmful for subgroups that are not getting the kind of support or experiencing the kind of success … that some groups are experiencing.”

California is home to about 6.8 million Asian Americans, the largest concentration in the nation, and about 332,000 Native Hawaiian and Pacific Islanders. The vast majority trace their heritage to China, the Philippines, India, Vietnam, Korea and Japan, but dozens of other groups also reside in the state. All told, they make up about 15% of the state’s population, the second largest racial/ethnic minority after Latinos.

The report notes some bright spots: 59% of Asian Americans between the ages of 25 and 64 have bachelor’s degrees, the state’s highest rate among racial or ethnic groups. Their overall six-year graduation rate of 88% is the highest in the UC system, and their enrollment at UC and Cal State held steady between 2019 and 2021, despite the COVID-19 pandemic.

The report highlighted other nuances masked by lumping all Asian, Native Hawaiian and Pacific Islander Americans into one category. In 2020, nearly half of Cal State first-year students from that broad community reported incomes low enough to receive a federal Pell Grant, a smaller proportion than the systemwide average of 59%. But the rate varied dramatically by subgroup, from 11% for students of Japanese ancestry to 80% for Hmong Californians.

The broad community shared common struggles, however, particularly during the COVID-19 pandemic. Anti-Asian hate surged, small businesses shut down at disproportionately high rates, long-term unemployment rates rose, and Native Hawaiian and Pacific Islander residents had the highest rates of COVID-19 infections and related deaths among all racial and ethnic groups in the state.

The myriad stresses affected students. Leila Tamale said financial instability triggered by the pandemic drove her to save money by attending a community college instead of a four-year university. But she ultimately thrived at the College of San Mateo, she said, after joining a learning community there designed for Pacific Islander students like her — called Mana — that provides academic support, personal development and cultural connections.

Such targeted programs are critical to boost the success of the community’s underserved subgroups, Tamale said Tuesday at a Campaign for College Opportunity webinar.

The failure to recognize the various challenges faced by subgroups has led to an assumption that they have few problems and to their “invisibility” in many equity conversations, Siqueiros said.

The report notes, for instance, that Asian American and Native Hawaiian/Pacific Islander faculty members are underrepresented compared with white counterparts in all three of the state’s public higher education systems. Yet a current UC initiative to diversify the faculty is focusing on Black, Latino and Native American scholars, overlooking Asian Americans.

And although Asian Americans make up the UC system’s largest group of undergraduates — 35% in fall 2021 — only one of 13 appointed Board of Regents members shares that racial background (five of the 18 board seats filled by gubernatorial appointment are currently vacant). The lack of Asian American regents is regarded as a big problem — and top priority to fix — by the California Asian Pacific Islander Legislative Caucus, according to Assemblyman Phil Ting (D-San Francisco).

The report recommends greater representation for Asian American and Pacific Islanders on public higher education governing boards and more robust efforts to recruit faculty from those groups. In addition, the report calls for changes to widen access, increase financial aid and close achievement gaps among subgroups.

“Asian Americans and NHPIs have a reputation for being successful students, with data on academic outcomes often painting the portrait of a high-performing group, especially for East and South Asian Americans,” the report says. “These perceptions, however, stem from group averages that mask the variation in both access to higher education and success after college enrollment … giving rise to a common misconception that Asian Americans and NHPIs attending our nation’s colleges and universities are universally succeeding without a need for better or more targeted support.

“Not only does this model minority myth harm students, but it also hamstrings college leaders and policymakers in ensuring practice and policy decisions reflect their constituents’ needs,” the report concludes.