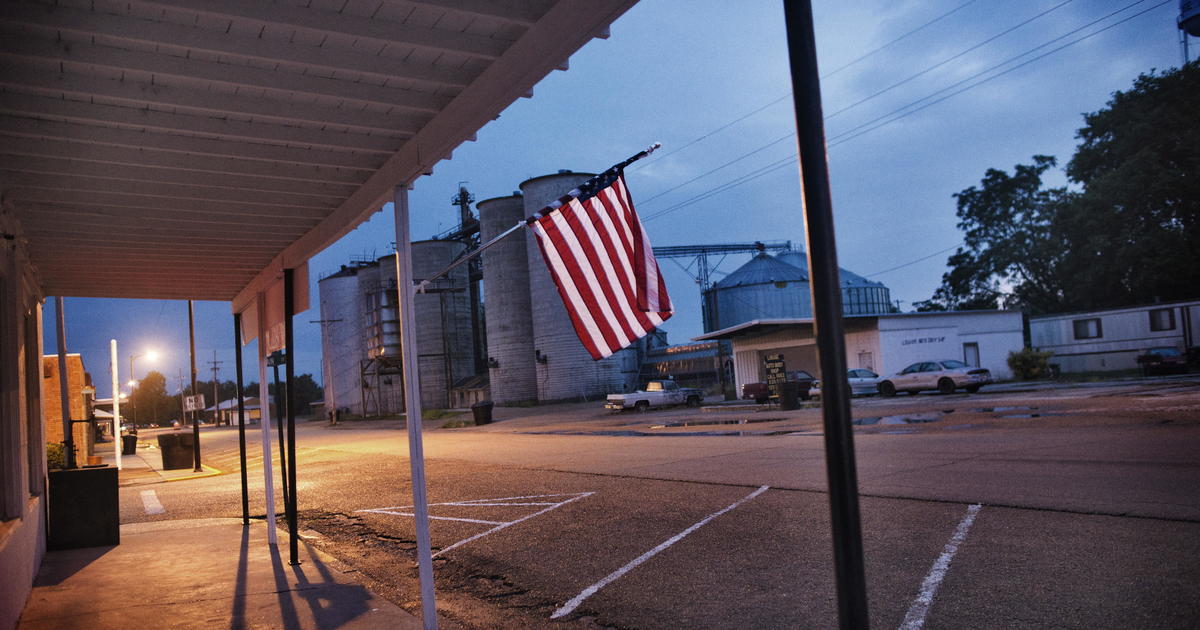 Watch the CBSN Originals documentary “Being Different in the Delta” in the video player above.

The sign on the door of the Friendly Market in Greenville, Mississippi, is clear: “No mask, no entry.” Inside, Ryan Kwan and his brother Sean help their mother serve members of the community where their family has lived for generations. They have strong Southern accents and feel proud to be from the Mississippi Delta. But Ryan says being of Chinese heritage hasn’t been easy. He describes the past year as one of the worst he’s experienced in terms of racism.

“People have told me to go back to China,” he says. “People have accused us of spreading COVID because we are Chinese.”

Chinese immigrants began settling in the region in the years after the Civil War and became integral to the South, but many Americans don’t know their story — or the challenges their descendants continue to face. 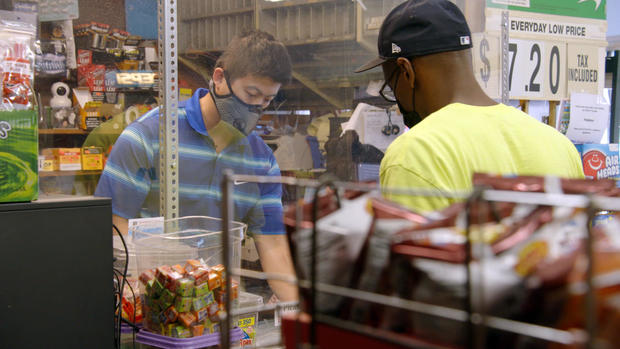 In the 1970s there were several thousand Chinese people living in the Mississippi Delta, but by the time Ryan Kwan, who is now 31, was old enough to attend school, many of the families had moved away. He says he felt very alone when he was young.

“I remember the first day when I started school, I walked into the class and I had to sit alone,” he recalled. “When I was older I feel like I was targeted because I was Chinese. Other kids would call me ‘Chink,’ which was the worst term I used to hear.”

Events of the past haunt him. His grandparents owned another store in town, and during a robbery his grandfather was shot and killed. In a different incident his grandmother was severely injured. He says they were targeted because they were Chinese.

“I believe it was the stereotype, that because he was Chinese he’s weak and he’s not going to do anything. I have heard of many, many Chinese store owners who have been shot. When they go outside they beat them up.”

Kwan began going to the gym, thinking that getting physically strong would deter bullies. He joined an all-White fraternity at college and says he began to “fit in.” But when the pandemic started, the types of comments and racial slurs he’d been subjected to in his younger years started resurfacing.

“Last year was probably the worst year for us at the store, in terms of racial slurs,” he said. “People would tell me to go back to China, and the racism could come from a Black or White person.”

Hate crimes against people of Asian descent began rising before the pandemic. By 2019, such crimes were at their highest level in the U.S. in over a decade. In 2020, the FBI recorded an increase of 73% in racially driven attacks against Asians. The incidents were violent and frequent: a Thai immigrant died after being pushed to the ground, a Chinese woman was set on fire, eight people were murdered in one night in shootings at Asian spas in the Atlanta area.

And as the incidents became more frequent, Ryan Kwan became more vocal. “If I must go through that phase again where people start to bully me again, guess what, I am going to stand up to you. I am not your average Asian.”

Though he’s concerned about the repercussions of speaking out because he says Asians are taught to keep their heads down and not “make a scene,” he feels he must represent young Chinese Americans.

“It’s time for people to recognize who we are. I am a voice. That’s what matters.”

He is pursuing a postgraduate degree at Delta State University and says he would like to become a teacher and try to influence the younger generation to speak out more against racism. 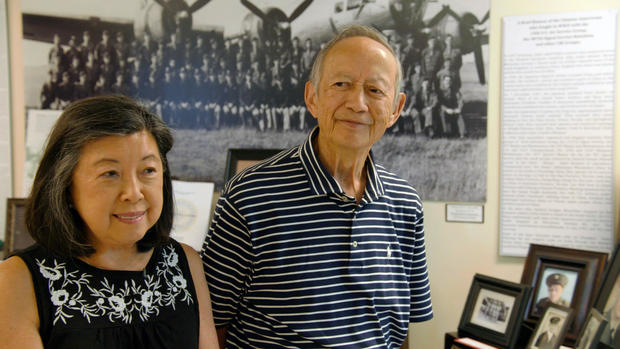 Like many Chinese immigrant families in the Delta, Gilroy Chow and his wife Sally both grew up in grocery stores. “They were Southern food: sauers, hogshead, cheese, bologna, salami, those were staples for the communities in the South. … And they were very reasonably priced,” he said.

For many years, the Chinese Exclusion Act of 1882 and harsh segregation rules affected many aspects of life. Chinese people were not allowed to buy houses so they lived in the back of their grocery stores. Chinese children couldn’t attend public schools. Church provided a haven for education and community.

“You talk about Mississippi and you think about Black and White, but the Chinese have always been there, have always just done our thing, survive financially, economically, socially, by maybe perhaps by not being so vocal. We were not viewed as a threat to either the Whites or the Blacks,” Gilroy Chow said.

Though they weren’t allowed to become citizens, as many as 20,000 Chinese immigrants signed up to fight in World War II — one in five Chinese Americans at the time.

“My uncle Pap said that he saw the sign with Uncle Sam and he said it says, ‘I want you’,” said Sally Chow. “And Uncle Pap said, ‘I’ve got to do that, I’ve got to help the country.'”

But they were not recognized for their service like their fellow soldiers. After years of campaigning, Chinese American veterans are finally receiving the Congressional Gold Medals they deserve. The Chows attended the medal ceremony in Washington, D.C. to receive the award on her uncle’s behalf after he passed away.

“It is proper and fitting that they be recognized now, even after all these years,” Gilroy said.

Gilroy Chow has made his own significant contribution to the United States. He went to college in Mississippi, became an engineer, and was on the team that designed the lunar module that safely landed men on the moon and returned them back to the command module. He’s now retired and lives in Clarksdale, Mississippi. He acknowledges he’s part of an older generation that holds traditional views of self-reliance and determination, but he also recognizes that there is a reckoning unfolding, and that the younger generation want to forge a different path.

He says he’s saddened to hear of the things Ryan Kwan has been dealing with for the past year.  “It is disturbing to me because it is a little bit close to home. There are people out there that think like that and, and just act like that. It is hurtful.”

But the way he responds to it is different. “I choose not to be out in the streets with picket signs, or trying to change the world,” he said. 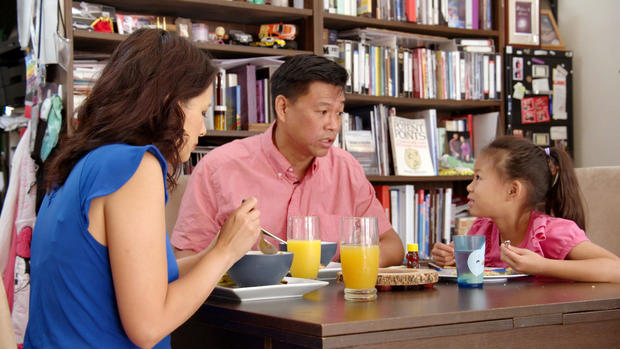 “So, a lot of the older Chinese community might take issue with speaking out. Even as I was growing up, I was told to just keep my head down,” said Baldwin Chiu.

He and his wife, Larissa Lam, live in Los Angeles with their daughter. When he discovered his American roots are in the Mississippi Delta, he set off on a path of discovery to learn more about his family’s past. The couple made a film about his journey called “Far East Deep South” that they hope will now be used as an educational tool in schools to teach about the history of the Chinese in America. They are outspoken advocates for the Chinese American community and have been making short videos to tackle the racism that’s flared up amid the COVID-19 pandemic.

‘I hope that the new generation doesn’t feel like they need to silence their voice too,” Chiu said.  “There’s this ‘model minority’ thing that was in my life, all my life. We felt like this thing kept saying, ‘Stay silent and everything will be OK. You’ll finally be accepted by the majority if you don’t cause waves.'”

He says he bought into that way of thinking too, but now regrets it. “I think what that ended up doing was it not only silenced our voice, but it silenced our history.”

His daughter, Caliya, is sixth-generation Chinese American, and at just 8 years old she is confident in expressing her identity.

“Just because it’s Chinese American history doesn’t mean it isn’t American,” Caliya said of her family’s story in the Delta.

“There is a perpetual belief that Asian Americans are foreign, that we don’t belong,” Larissa Lam said. “It is the everyday microaggressions that have a deep effect on society.”

They are part of a generation of Asian Americans who want to speak out to bring about change, but they feel this must be done through an understanding of history — that by teaching the past, they can help forge a different future for their community in America.