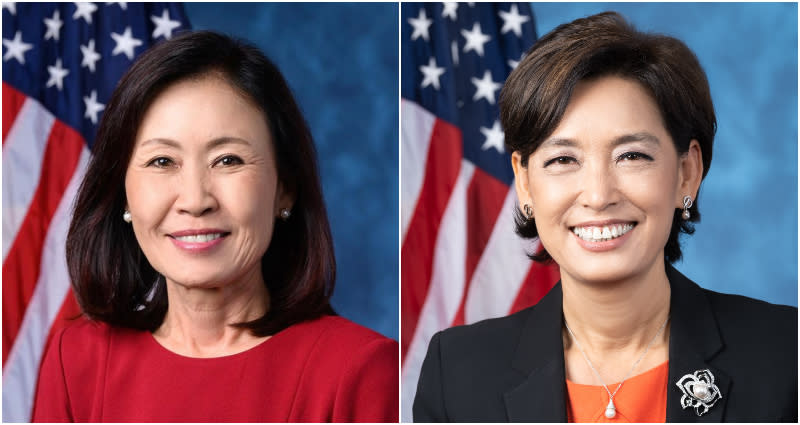 California Reps. Michelle Steel (R-48) and Young Kim (R-39) are inviting Asian American voters to join the Republican Party as a means to solve current issues that have taken a toll on members of the community.

In a Lunar New Year op-ed published by The Hill, the lawmakers opened by honoring the Year of the Tiger and praising the animal for its qualities, which they say are embedded in the Asian American identity.

“The Tiger embodies strength, bravery, and courage — characteristics that Asian Americans consistently show in their contributions to our country,” Steel and Kim wrote. “As two of the first Korean American women to serve in Congress, these values have always guided us in serving our communities and helping future generations achieve their American Dream, just as we did.”

At the core of the op-ed, however, is a list of issues Asian Americans have faced over the past year, which the writers have attributed to Democratic leadership. These problems, according to the pair of lawmakers, include “rising prices, tax increases, deteriorating public safety and reduced educational opportunities.”

Steel and Kim acknowledged the targeting of Asian elders as part of an overall increase in crimes. They criticized calls to defund the police, saying they have only led to no prosecutions, weakened bail policies and downgrading of felonies to misdemeanors.

Last month, the death of Michelle Alyssa Go in New York sparked calls for stricter criminal justice policies after her assailant was found to have a lengthy rap sheet. Manhattan District Attorney Alvin Bragg, who ordered his staff not to prosecute armed robberies on his first day in office, has since been on the receiving end of scrutiny, among others.

Senior Asian Americans have fallen victim to increased numbers of reported armed robberies since the onset of COVID-19. Just last December, a mother-and-son duo were charged with 28 robberies that targeted elderly Asian Americans in Garden Grove, California over six months.

Asian American women have also been recently targeted in California. Around the same time as the Garden Grove arrests, six men were apprehended for more than 70 cases of violent robberies, burglaries and thefts that targeted over 100 Asian American women in the San Francisco Bay Area between October 2020 and September 2021.

Steel and Kim said, “The rapid increase in crimes… is hard to ignore,” and affirmed their support for law enforcement.

“It seems like every day there is a new story of criminals brazenly robbing businesses, destroying property, and even targeting Asian elders,” the pair wrote. “We are both proud to stand with our brave law enforcement officers who put their lives on the line to keep us safe.”

The lawmakers also pointed to recent claims of discrimination against Asian Americans in the admissions policies of the country’s top higher education institutions. They criticized the Biden administration for dropping and discouraging lawsuits that seek to challenge “race-based admission systems.”

In February 2021, the Justice Department dropped its lawsuit against Yale University, which accused the Ivy League school of discriminating against Asian American and white applicants during admissions reviews. The suit was originally filed by the Trump administration.

In December 2021, the Justice Department discouraged the Supreme Court from hearing a years-long lawsuit against Harvard University, which accused the institution of holding Asian American applicants to higher admission standards than it did other ethnic groups; however, the conservative-majority Supreme Court agreed last month to hear the case.

“All Americans deserve to be judged by their merit,” Steel and Kim wrote. “Race-based education policies go against the American values we hold dear and only divide us further as a nation.”

The lawmakers reiterated that the Republican Party is the Grand Opportunity Party and claimed their message resonates with Asian Americans. They vowed to make “historic investments months before the midterms to bring our message to new voters.”

Steel and Kim concluded their op-ed by inviting Asian Americans to “get involved” at their nearest Republican National Committee (RNC) community centers.

“This Year of the Tiger, we need to get back to commonsense policies that ensure security, prosperity and freedom for future generations,” the pair wrote. “The out-of-touch policies from Democrats have led to higher prices, rising crime and fewer opportunities — the time for action is now.”