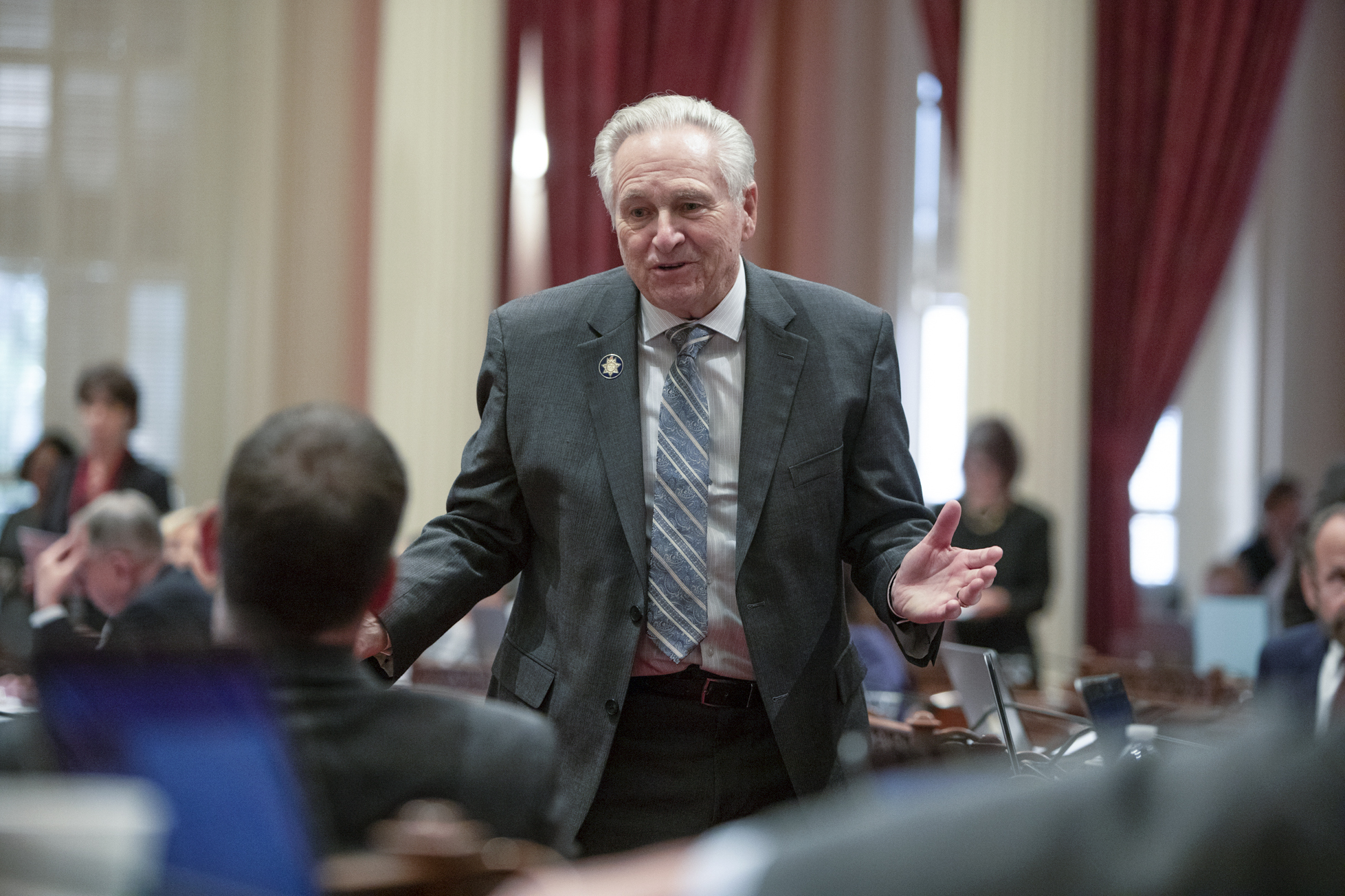 A bill that would encourage schools to teach students in grades 1 through 12 about Asian American and Pacific Islander contributions to the history of California and America has stalled in the state Legislature — despite bipartisan support and the backing of California’s most prominent Asian American officials, including Attorney General Rob Bonta, Treasurer Fiona Ma and Controller Betty Yee.

The reason? “Petty politics,” state Sen. Jim Nielsen, the Roseville Republican who authored the bill, told me in a Wednesday conversation in front of the state Capitol, where he gathered with advocates from the Asian Pacific Islander American Public Affairs Association to decry the bill’s stagnation in the Assembly Education Committee.

Squabbling between lawmakers may seem like small-town Sacramento gossip, but it can have significant implications for residents across the state. Private negotiations, opaque processes and powers granted to certain legislative leaders can shape everything from the contents of California’s $300 billion budget to which bills are considered in public hearings and eventually signed into law — or shelved without a vote.

The bill faces a July 1 deadline to advance out of the Assembly Education Committee; if it doesn’t, it’s essentially dead for the year. The bill has not yet been scheduled for a hearing.

Perhaps the most passionate speaker at Wednesday’s press conference in support of the bill was Evan Yuan, a 16-year-old student at Mira Loma High School in Carmichael.

California has administered 77,234,258 vaccine doses, and 75.6% of eligible Californians are fully vaccinated.

Welcome to Student Reflections: Looking Back on School During COVID.

That’s the four-part photo series CalMatters is launching today in partnership with CatchLight Local. The stunning project gave students in three California school districts an opportunity to visually document a year of their lives and, in their own words and through their own images, share their stories of what it was like to go to elementary school and high school amid the pandemic.

As CalMatters Membership Manager Sonya Quick explains in her behind-the-scenes look at the project, students were given disposable cameras to document their own experiences. They photographed their friends, classrooms, the evolution of mask mandates, recess, after-school activities and senior prom. The disposable cameras, which forced the student photographers to go without filters and previews, offer a starkly different perspective on a digitized world in which almost everyone is accustomed to snapping and editing photos on their phone.

In other education news:

Lawmakers may have avoided one costly fight at the ballot box in November — and are scrambling to head off another — but Californians will almost certainly vote on two different measures to legalize sports betting, which may or may not be in conflict with each other. Which raises the question: What happens if they both pass? CalMatters’ Grace Gedye takes a look.

In other ballot measure news: As a proposed amendment to enshrine the right to abortion and contraception in California’s constitution speeds through the Legislature, two legal scholars published a Wednesday post on a blog managed by Berkeley Law’s California Constitution Center and the Hastings Law Journal warning the measure as written contains a “fatal flaw” that could result in courts reducing it to “a nullity.”

Also Wednesday, hundreds of anti-abortion protesters rallied outside the state Capitol to call for “an end to pro-abortion extremism in the state” and denounce a suite of bills aiming to expand access.