Corinne Tan Is Great, but American Girl Needs Stories about Asian Americans in the Past, Too 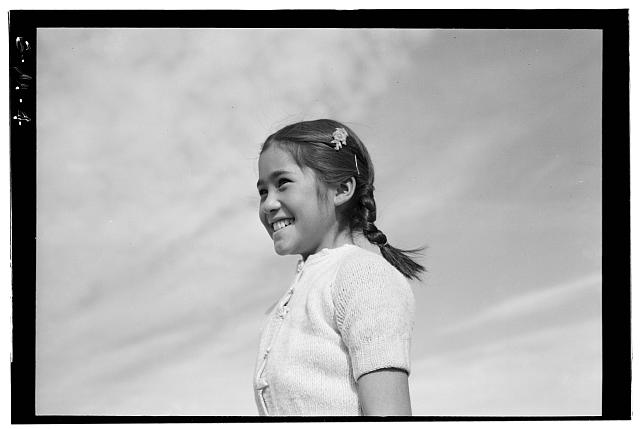 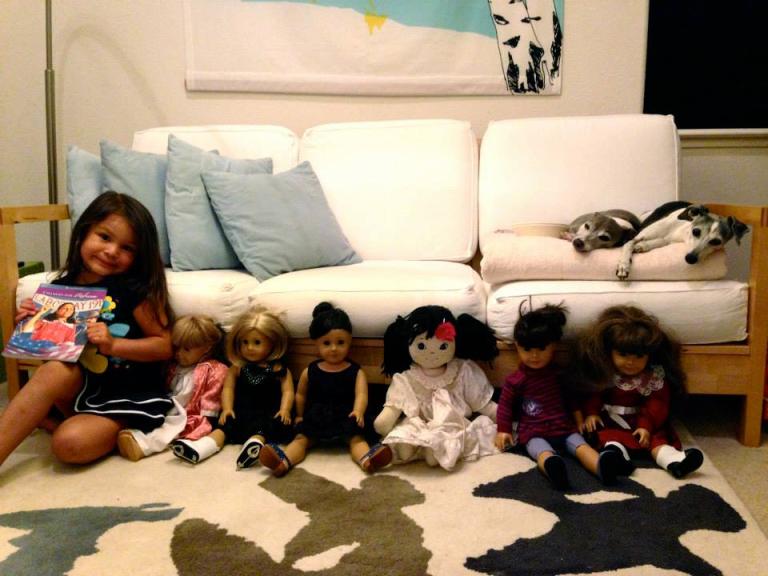 The author’s daughter, about ten years ago, holding an American Girl storybook and sitting alongside several dolls, including American Girl dolls. The author would like to thank Rebecca Rubin, the subject of the storybook her child is holding, for teaching her daughter about the importance of labor unions.

American Girl recently announced its newest doll of the year: Corinne Tan, a Chinese American girl who lives in Colorado and fights anti-Asian racism. “We knew it was important for Corinne’s story to show the unfortunate rise in anti-Asian sentiment across the U.S. since the pandemic,” an American Girl spokeswoman said, according to the New York Times.

Like many others, I’m grateful that American Girl created this doll. As a mother, I’m thankful to show my daughter a storybook protagonist who looks like her and reflects Asian American experiences. As a teacher, I’m excited to have another resource to educate children about Asian American perspectives. And as a scholar who has spent the past two years researching how Asian Americans have been targeted in acts of coronavirus-related discrimination and hate, I’m glad that American Girl is calling attention to the pressing issue of contemporary anti-Asian racism, a problem that I expect won’t go away even if the pandemic subsides, given the context of ongoing U.S.-China tensions.

But as a historian who first developed a love of studying the past because of reading American Girl books in the 1990s, I admit that I’m wary.

Ultimately, by having only a contemporary Asian American character, American Girl reproduces a powerful and dangerous fiction that Asian Americans–especially Asian American women–are not truly part of our nation’s history. But here’s the truth: Asian Americans have been here for a long time, and we’ve been vocal about our pursuit of justice for a long time. American Girl, like the rest of America, perhaps only chose to notice us as a result of the pain of the past year. However, truly and responsibly seeing us requires paying attention to the struggles of our ancestors, not only the stories of our people in the present.

Before going further, I acknowledge that some readers might be asking a couple simple questions. What’s the big deal? American Girl is just dolls and books, right?

It’s more than that, actually. According to the religion scholar Rachel Gross, author of the book Beyond the Synagogue, children’s books and toys play an important role in creating a sense of nostalgia, which she considers a religious practice of American Judaism and a practice of American civic religion more generally. Dolls and storybooks like those created by American Girl facilitate “an intimate nostalgia that uses the past and present to construct one another and to shape the future.” And, as Gross points out, American Girl as a company has always endeavored to be more than dolls and books. She writes,

“American Girl’s mission has been a project of defining Americans from its inception…The popularity of American Girl products has made the racial diversity of their characters a subject of national discourse. To many consumers, these are not ‘just dolls,’ but a semi-official statement articulate different categories of Americans.”

In making this point, Gross quotes Pleasant Rowland, who founded American Girl in 1986. “We give girls chocolate cake with vitamins,” Rowland said. “Our books are exciting, our magazine is fun,  and our dolls are pretty. But most importantly, they all give girls a sense of self and an understanding of where they came from and who they are today.”

As a faculty member in the Asian/Pacific Islander American Studies Program at the University of Michigan, I regularly teach a course on Asian American history. Well before Corinne Tan came along, I offered my students the option of doing a final project in which they create a new American Girl character and write a historical short story featuring an Asian American protagonist inspired by our course readings. Here are some of the characters my class has created over the years:

But as the creator of wildly popular dolls and books, American Girl is in a particularly powerful position to educate American youth about Asian American history. If American Girl sincerely strives to “give girls a sense of self and an understanding of where they came from and who they are today,” as Pleasant Rowland put it, then a historical series about an Asian American main character is long overdue.

* A few important notes: I must acknowledge that American Girl did create Ivy, the Chinese American friend of Julie, a historical character living in San Francisco in the 1970s. However, I don’t consider Ivy here because American Girl discontinued her a few years ago. Importantly, Ivy was also a second-tier character who didn’t get her own series, and on this point, you can see another classic stereotype at work–that of the Asian American sidekick who doesn’t merit being a main character. Currently, American Girl has a historical character named Nanea, who is part Hawaiian and part Scottish-American and who lives in Hawaii during the Second World War. In the stories, Nanea does witness anti-Japanese racism, but she herself is not Japanese American. I should also add that Hawaiians, as Pacific Islanders , are included in the category of “AAPI.” (“AAPI” means Asian Americans and Pacific Islanders.) But in this essay, I’m writing specifically about Asian Americans, whose experiences are distinct from Pacific Islanders. Given the differences between these two groups, it’s worth noting that the category of “AAPI” continues to be debated.