Democrats are squandering their hard-won gains with Asian Americans 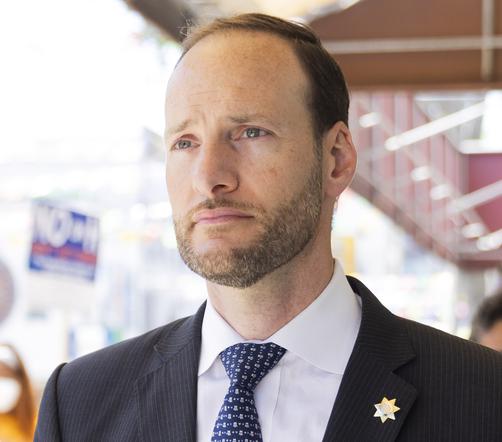 As a progressive and a Democrat, I want to share a warning with the party that I have belonged to my entire voting life: The recall election of San Francisco District Attorney Chesa Boudin — just like the successful recall of three San Francisco school board commissioners in February — is no fluke.

Whether we see the evidence of this shift in the results of Boudin’s recall, the November midterms or the 2024 presidential election, it’s essential to take note: Democrats are squandering their hard-won gains with Asian Americans.

In October, I delivered a demand letter to Boudin on behalf of the California Asian Pacific American Bar Association and eight other Asian American advocacy organizations. The letter expressed concern that Boudin was not devoting sufficient resources to Asian American victims and their families. We demanded timely communication with victims of apparent anti-Asian hate and an explanation of what Boudin was doing to protect members of the Asian American community. After the letter, we met with Boudin twice. Without disclosing the substance of the discussions, I will say I felt frustrated and let down — talked at, rather than listened to.

The problem of Asian Americans being talked at by progressive Democrats, however, is bigger than just one district attorney.

So why the concern now?

This year, I’ve helped organize three national rallies for Asian Americans. The events were memorials to the many recent Asian American victims of violence, like San Francisco’s Vicha Ratanapakdee, whose killing sparked an anti-Asian hate movement. This effort provided me a unique opportunity to speak with community members from around the country.

Asian Americans are not a monolithic group, but it wasn’t hard for me to observe a trend — many in the community feel unheard. They believe that today’s political discourse does not represent Asian American viewpoints, or worse, delegitimizes their experiences and excludes them.

One major fissure is the debate over policing and violence prevention. Most Asian Americans live in fear of violence. An April 2022 Pew Research survey showed that 63% of Asian Americans say violence against Asians is increasing, and 72% worry that they will be threatened or attacked because of their race. Of those, over a third changed their daily routines over the concern.

Seventy-five percent of Asian Americans supported the Black Lives Matter movement, according to Pew. Like the vast majority of Americans, Asian Americans favor common sense criminal justice reforms. But they do not support extreme proposals like defunding the police. While some Democratic leaders have distanced themselves from the slogan, others continue to advocate for abolition.

After the 2020 presidential election, Democrats reacted with alarm when support for Trump among Latinx voters grew dramatically. Faced with the choice of a repugnant president, the erosion of Asian American support did not yet manifest. In fact, record turnout by Asian Americans in Georgia helped deliver the presidency and the Senate to the Democrats.

Since 2020, however, there has been a subterranean shift. In the 2021 New York City mayoral election, Eric Adams handily defeated GOP candidate Curtis Sliwa. But Democrats were surprised that in majority-Asian American precincts, the GOP candidate exceeded expectations. Then in February, high Asian American turnout drove the removal of three progressive members of the San Francisco Board of Education in a historic, landslide vote.

This trend shift may be subtle, but it is real.

Democrats like Boudin must awaken to it before it’s too late. Asian American voters remain supportive of many Democratic policy positions. But they believe that progressives do not weigh their concerns equally, either ignoring Asian American experiences altogether or treating them as inconvenient.

Asian Americans are the fastest growing demographic in the United States. Their vote has proved decisive. No matter Boudin’s fate in Tuesday’s election, it’s time for Democrats to pay attention — and actually listen — to Asian Americans.

Charles H. Jung is an attorney and serves as executive director of the California Asian Pacific American Bar Association. He wrote this piece in his personal capacity.