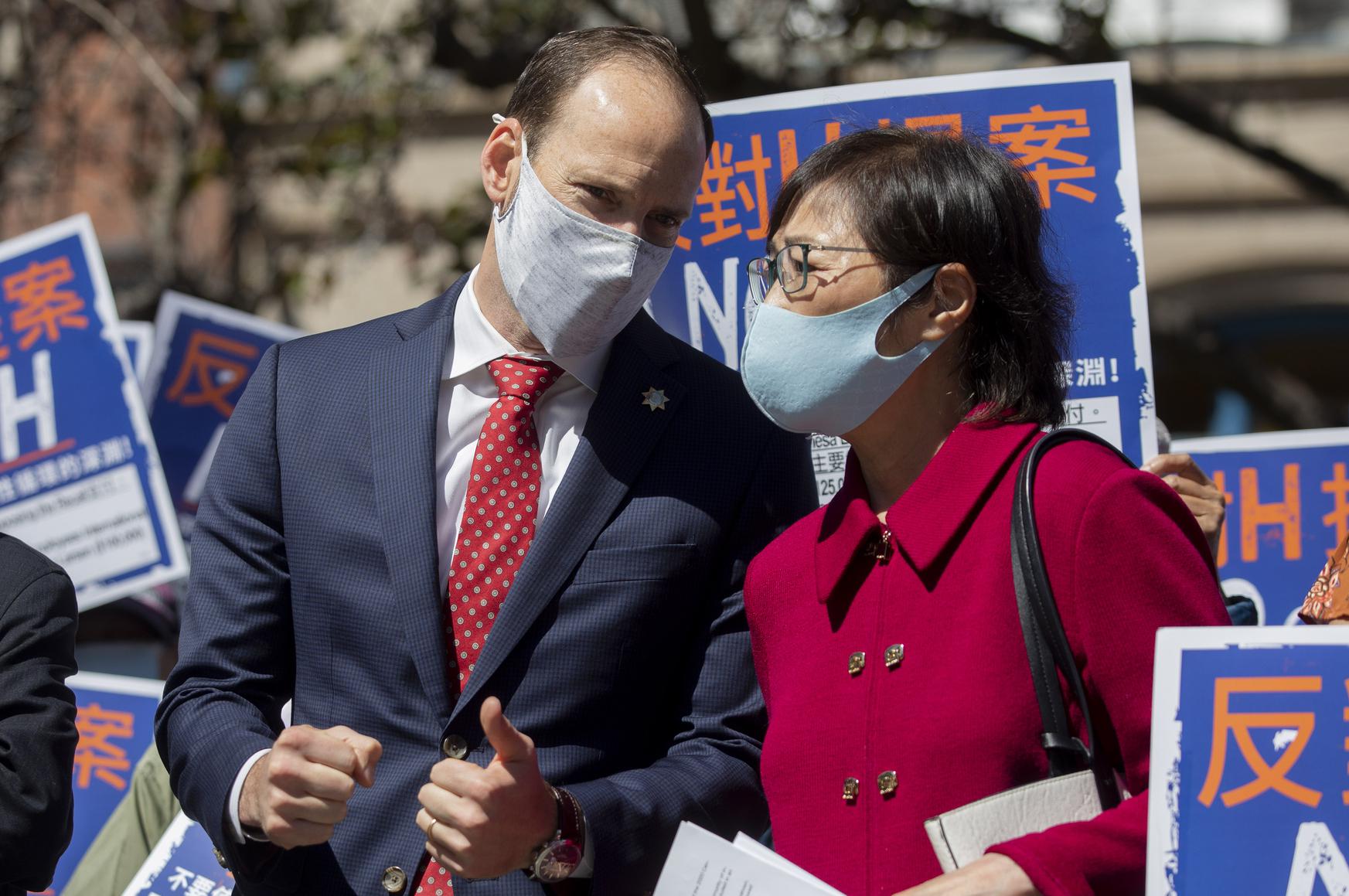 For months leading up to the recall of District Attorney Chesa Boudin, national and local media focused on San Francisco’s Asian American community as one of the driving forces behind the campaign. And, yes, in the end, surveys show a majority of the city’s Asian American voters did favor his recall.

But is Asian American support for Proposition H a bellwether, as some pundits state, that California’s Asian American community is right-leaning and that our community supports a “tough on crime” approach to law enforcement?

According to the Public Policy Institute of California, Asian American voters are the most liberal voting bloc of all racial groups in the state. In a 2021 paper, political scientist Janelle Wong and the Pew Research Center’s Sono Shah wrote that Asian Americans are largely united around progressive solutions like taxing the wealthy, climate change mitigation and government-sponsored health care. On the vast majority of issues, they wrote, “Political differences within the Asian American community are between those who are progressive and those who are even more so.”

The same progressive outlook holds true on criminal justice as well. A survey conducted in advance of the 2020 elections by the California nonprofit Asian Americans and Pacific Islanders for Civic Empowerment Education Fund found that more than two-thirds of Chinese American voters living in the state’s suburbs (including San Francisco’s Sunset and Richmond Districts) supported policing reforms, including increasing officer accountability and de-escalation training. Even with the increase in anti-Asian violence, a plurality of 46% still supported redirecting some police funds toward community programs and anti-poverty initiatives.

So what explains the disconnect between what we hear voters support and recent election results?

For starters, a well-funded and tech-savvy social media and media campaign. The pro-recall movement was backed by a $7 million campaign raised by corporate interests, real estate groups and billionaires to spread lies and disinformation, which in part, targeted Chinese American voters, who make up the overwhelming majority of the Asian American community in San Francisco. Pro-recall organizers knew there was very real anger and fear within the Asian American community, due to the rise in anti-Asian violence, and leveraged that discontent in their messaging to support the recall. For example, recall proponents used Chinese social media platforms like WeChat to spread misinformation that pinned Boudin as the source of all of San Francisco’s woes.

To overcome a well-funded, fear-mongering campaign that targeted Asian American voters, anti-recall organizers understood that they couldn’t just blast out corrective information. Instead, they leaned into the complex and earnest debates taking place within Asian American communities about the causes of and solutions to anti-Asian racism, violence and safety concerns. Grassroots organizations led extensive door-to-door outreach and phone banking to deepen conversations with Asian Americans about solutions for public safety, police reform and the role of elected officials.

As campaign volunteers in the anti-recall effort and members of California Working Families Party, we knocked on doors of undecided voters in Chinatown and listened to what those voters had to say. The working-class, immigrant Chinese seniors and parents we talked to understood that recalling Boudin wouldn’t make them safer or decrease crime. Some voters even said it was unfair to pin long-standing city challenges on Boudin. However, we also found that those who supported the recall were doing so as a way to express their frustration and to send a message that change is needed.

It takes time and investment to undo the damage of a misinformation campaign and address the frustration and harm deeply felt in the Chinese American community — something anti-recall organizers ultimately did not have enough of. At the doors and in voter surveys, we repeatedly heard voters express support for progressive criminal justice reforms and police accountability. However, a short-term electoral campaign could not meaningfully push back on an avalanche of misinformation that said the cause of anti-Asian violence and property crime was lack of leadership at the District Attorney’s Office.

The Asian American community can be a progressive political force at the polls. However, political leaders, parties and organizations must make some serious long-term and sustained investments in our communities — not just when they need our votes. This includes violence prevention, expanding victim services and building cross-racial solidarity. Asian Americans are not a monolith, and elected officials and candidates would do well to understand the nuanced and varying opinions of our communities, especially when it comes to charged issues like policing and crime.

Despite Boudin’s advances in victims’ services and staffing to support Asian American communities, many immigrant voters continued to feel understandably invisible in the face of violence and inequality. Voters we talked to in fact do want real solutions, which we found was an important thread connecting both opponents and supporters of the recall.

Asian Americans are ready to be politically engaged across a range of progressive issues. It’s time for everyone else to understand this, too.

Timmy Lu is the founder of Asian Americans and Pacific Islanders for Civic Empowerment. Jane Kim is the state director of the California Working Families Party.