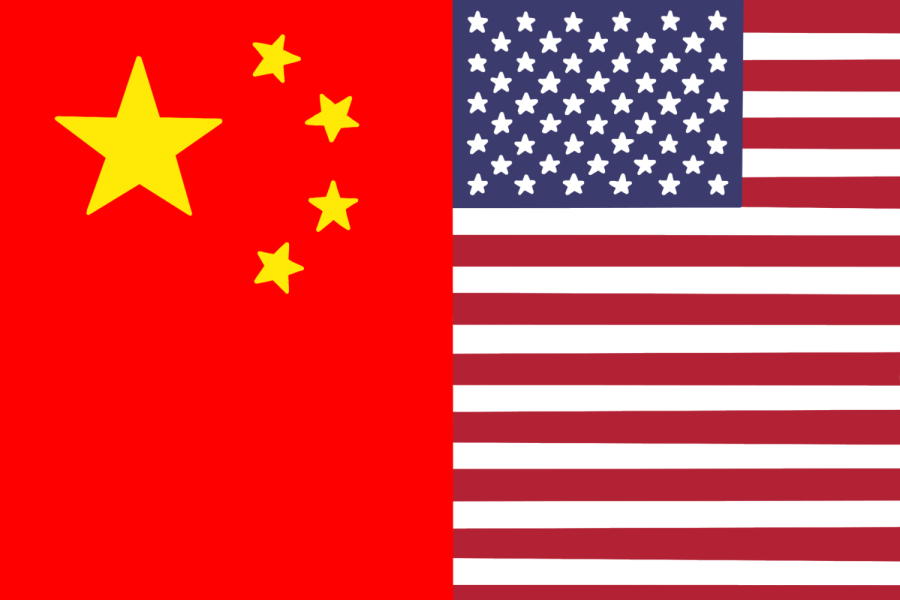 At the 2022 Winter Olympics in Beijing, Chinese American athletes like San Francisco native Eileen Gu were either winners or traitors.

A chorus of adverse U.S. voices deemed Gu, an 18-year-old freestyle skier, a traitor when she placed first in the women’s big air event, winning the gold medal for China instead of the United States. Chief among them was a right-wing podcaster who told Fox News that it was “ungrateful” for Gu to “turn her back” on her country.

“It’s either-or. You can’t be both Asian and American,” said Russell Jeung, a professor of Asian American Studies at San Francisco State University and the co-founder of Stop AAPI Hate, a national coalition that gathers data on racially-motivated attacks against Asian Americans and Pacific Islanders. “You’re an American winner like Nathan Chen, or you’re a traitor like Eileen Gu.”

But Gu and Chen, a figure skater who won gold for the U.S. in Beijing, are not the first Asian athletes to find themselves at the center of a national debate about the relationship between Asian and American identity. Kaitlyn Eri Lee, a figure skater who began competing internationally for Team USA in 2013, noticed a short leash for Asian American athletes in global competition.

“Being an Asian American woman in the sport, I only had a few role models,” she said. “I could look up to Kristi Yamaguchi or Michelle Kwan.”

Although they competed almost two decades ago, Yamaguchi and Kwan faced an athletic world with a rigid, incomplete grasp of Asian American identity similar to that which Gu encountered when she chose to represent China this year.

In an interview with The Washington Post, Yamaguchi revealed that competition officials at the 1988 world junior championships mistook her for a Japanese athlete. “I’m like, ‘Can someone tell them I’m American?’” Yamaguchi said.

A decade later at the 1998 Olympics, MSNBC published a headline that read, “American Beats Out Kwan,” referring to Kwan’s second-place finish to Tara Lipinski, even though both athletes were born in the U.S. and competing for the U.S. team. Then at the 2002 Olympics, The Seattle Times ran a secondary headline that read, “American outshines Kwan,” in reference to Sarah Hughes’ gold medal win over Kwan.

“It’s all kind of this ‘alien Asia,’ the separation from white American skaters, just even within your own team, let alone go across borders or nationally,” Lee said.

This kind of language that denotes a difference between Asian athletes and their “American” peers points to a deeper force of foreignization at work.

“Kristi Yamaguchi, Michelle Kwan, they’ve all been cast as Asian athletes and not necessarily as American athletes,” Jeung said. “It’s only when they win that they’re fully accepted or fully embraced as Americans.”

When Chinese immigration to the U.S. increased dramatically during the California Gold Rush and the building of the transcontinental railroad, the concept of Asian Americans’ perpetual foreigner status began as a means to depict Asians as inherent outsiders to U.S. society.

In 2020, U.S. political rhetoric about the origins of COVID-19 racialized the virus and positioned Asian Americans as its scapegoats, citing racist antagonisms about Chinese politics, eating habits and ways of life. Pandemic-inspired hate speech stoked the flames of Yellow Peril sentiments and falsely positioned Asians at the center of a global crisis.

In September 2021, Stop AAPI Hate reported that one in five Asian Americans experienced a hate incident in the past year. That translates to approximately 4.8 million people.

“Every new incident clings onto me and weighs me down more,” said Jodi Vuong, a fourth-year music industry major at Northeastern. “I’m scared to walk around my city alone. I’m scared that my grandparents or my parents will be next.”

The pandemic set the stage for the 2022 Winter Olympics in Beijing. The weight of normalized anti-Asian racism and the eyes of emboldened racist critics descended upon Asian American athletes and viewers alike who came to the competition already rubbed raw by the pandemic.

Vuong distanced herself from her social media and news feeds, where a barrage of provocative headlines weighed on her mental wellbeing. The toll of anti-Asian sentiments, from careless comments online to racist commentary broadcast nationally, gave way to a uniquely binary form of conditional acceptance into the U.S.

“When you see Eileen Gu attacked for being a traitor, then that really pushes you towards assimilation, towards acculturation, because you don’t want to be deemed a traitor,” Jeung said. “You have to betray your Asianness if you want to be loyal to America. So I know kids who don’t eat Asian foods, who don’t like the way they look or their language because they’re trying to fit in as much as they can to America.”

For athletes like Lee, the act of competing internationally itself posed difficult internal questions about belonging.

“We’re grappling with those two different ideas, in that I am an American, in that I was born here. I only speak English. I went to school here. I represented this country. I stood under the flag and put my hand on my heart as the national anthem played,” Lee said.

The prestige and fanfare around the Olympics were still not enough to shield athletes from the sting of the United States’ stunted capacity to validate Asians as Americans. Online debates about Gu’s nationality — and her perceived betrayal of it — picked at a wound in the Asian American community leftover from the United States’ Gold Rush era racism.

Decades after the fragmented coverage that followed Yamaguchi and Kwan, the same rhetorical machine of social media comments, newspaper headlines and broadcast hot-takes still honors a manufactured, racist barrier to acceptance in the U.S.

“Asian Americans in the Olympics have historically had to confront, ‘Are we Asian? Or are we American?’” Jeung said. “And I think moving forward, I want us to see it be ‘both, and,’ both Asian and American.”