How San Francisco’s Chinatown fought back against anti-Asian hate 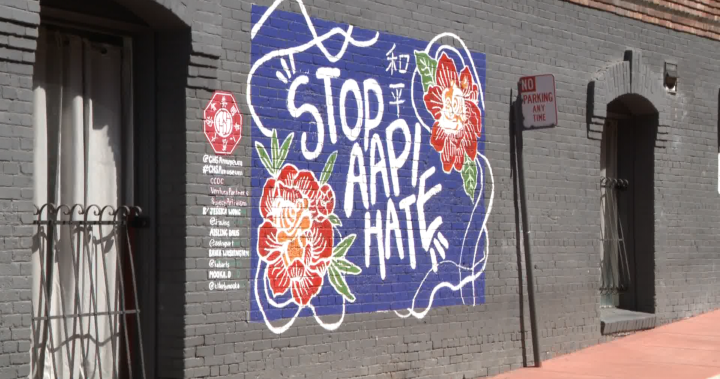 San Francisco’s Chinatown appears safe on the surface but like Vancouver, the northern California city saw an explosion of anti-Asian hate during the COVID-19 pandemic. But grassroots groups fought back against a series of cowardly attacks that forced seniors to stay home – and as a result, empowered Asian Americans to stand up for their community. Kristen Robinson reports.

San Francisco’s Chinatown appears safe on the surface, but like Vancouver, the northern California city saw an explosion of anti-Asian hate during the COVID-19 pandemic.

But south of the border, grassroots groups fought back against a series of cowardly attacks that forced seniors to stay home – and their efforts empowered Asian Americans to stand up for their community.

After hours two days a week, he shifts to defending San Francisco’s Chinatown as the president of the United Peace Collaborative (UPC).

“Chinatown for me, you know, has a special place in my heart,” Kan told Global News.

Kan was moved to act after an elderly man was violently pushed to the ground in a daylight attack in January, 2021. 84-year-old Thai grandfather Vicha Ratanapakdee died of his injuries after being pushed to the ground in San Francisco in January 2021. Global News

San Francisco police statistics show a 567 per cent spike in hate crimes reported against Asian Americans and Pacific Islanders during the pandemic – from nine victims in 2020 to 60 in 2021.

The UPC was founded in March 2020 by Leanna Louie, who together with her partner Robert Lowe, started conducting safety patrols in San Francisco’s Chinatown in response to the rise in anti-AAPI hate crimes.

More than two years later, UPC volunteers continue to patrol the area seven days a week to ensure the safety of elders, women and children.

“In the year and seven months that I’ve been doing this now, all the attacks have stopped in Chinatown,” Kan said.

“They haven’t stopped completely but they’ve stopped in Chinatown in general.”

The UPC’s mission to take back the streets also expanded to keeping Chinatown clean from graffiti with volunteers removing tags from roll-up doors and rooftops.

“Chinatown will not survive unless we can ensure that this is a place that’s safe,” Lily Ho said.

The non-profit organization organized rallies and town halls against anti-Asian hate, and also secured funding to install surveillance cameras in laneways and along Grant Avenue, with little pushback from privacy groups.

“This is our community,” Ho told Global News.

“I mean it’s not something that I feel comfortable not doing something about.”

Small businesses were already struggling economically when COVID-19 hit, leading to shuttered storefronts and an increase in crime, vandalism and violent attacks.

“As Chinese here, we get the blame because people think the virus is from China,” Golden Gate Fortune Cookie Factory owner Kevin Chan said.

“It was unnerving to come down to Chinatown during that time when everything was locked down,” Lieut. Douglas Farmer of the San Francisco Police Department (SFPD) said.

Farmer is the acting captain of Central Police Station, which includes Chinatown, where he was the daywatch lieutenant at the height of the pandemic.

“It was a tough time, but we know at Central Station that Chinatown’s tough,” Farmer said.

The SFPD added dedicated foot patrols to every watch to help businesses battle back.

“The secret: struggle, every time like we’re trying to fight for our life,” said Edward Siu with the Chinatown Merchants United Association.

“They see something real suspicious or some crime is going, or will be going on, and then we’ll put up the chat on it and then we’ll send it to police,” Siu said.

“The officers really take it to heart and take it personally when they see something bad happen,” Farmer said.

“I feel like the entire community does feel very protective of this space,” Ho added.

But even with a visible police presence and the community invested in change, Ho said anti-Asian hate hasn’t disappeared.

Both Ho and Kan are not giving up the fight.

“Somebody asked me how long I plan on doing this and I [said] when all the violence stops,” Kan said.

“So realistically I’m probably going to do this the rest of my life.”