In Chinatown and the Bay Area, Residents React to Pelosi’s 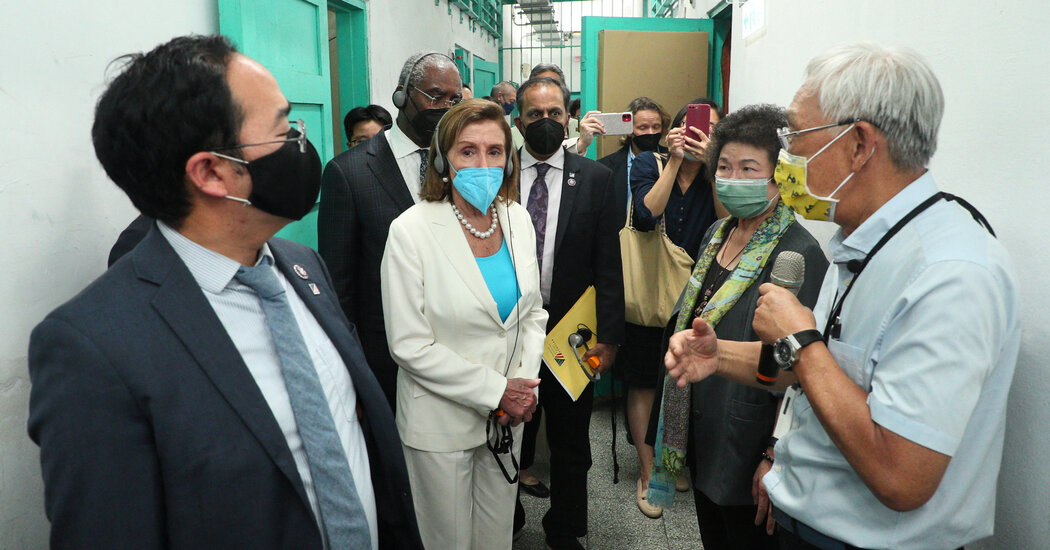 But what did people at home think? More specifically, how did Chinese Americans and Taiwanese Americans in the San Francisco Bay Area respond?

We spoke with residents, whose thoughts came with the layers of nuance befitting a trip fraught with geopolitical implications.

In San Francisco’s Chinatown, America’s oldest and largest, residents reacted with a mixture of anger and apprehension. Some said they feared that the trip by Pelosi, their representative in Congress, could inflame anti-Chinese sentiment and incite attacks on Asian Americans.

“At this moment, we don’t want to create any more negative feelings against the Chinese,” said Melvin Lee, a property developer and a community leader. “That’s the main concern.”

The Chinese community in San Francisco was outwardly supportive of Taiwan from the 1950s to the early 1990s. But today it is much more connected to mainland China, partly because of immigration trends and the rise of China’s power and influence in the world, according to David Lee, a political science lecturer in San Francisco who specializes in voting trends of the Chinese community.

Taiwanese Americans in the Bay Area had a much different reaction. Several said they were excited by what they considered the culmination of Pelosi’s decades of support for Taiwan.

“The fact that Speaker Pelosi actually visited Taiwan and had public events is thrilling,” said Marie Chuang, a council member in Hillsborough, a suburb just south of San Francisco. “Nancy Pelosi has always been very pro-democracy, pro-human rights, so it’s no surprise that she wanted to make a presence there. She recognized the importance of the image.”

Angela Yu, 42, a Bay Area resident who started a podcast exploring her Taiwanese American identity, said it was heartening and “really meaningful” to see Pelosi “stand up and profess support for Taiwan,” despite discouragement from President Biden.

Annie Wang, Ms. Yu’s cousin and co-host of the podcast, said she was still processing that the visit actually took place. She was pleasantly surprised that an American official had expressed unambiguous support for Taiwan. She said she hoped that the United States would back up the speech with action.

Taiwanese Americans said they understood fears that Pelosi’s trip would be seen as a provocation. But some were taking their cues from friends and family actually living in Taiwan under the threat of Chinese military action.

“It’s like looking to the captain of the ship: If the captain isn’t panicking, neither am I,” Wang, 42, said.

On Tuesday, Chinese flags in San Francisco fluttered above rooftops, often alongside American flags. Only a few buildings flew Taiwan’s flag. Stephen Chan, the owner of a jewelry store in Chinatown, called Pelosi’s trip “pointless” and compared it to Donald Trump’s description of the coronavirus as the “Chinese virus.” In both cases, Chan said, “Americans were pouring oil over the fire.”

Chieh-Ting Yeh, a Mountain View resident and a co-founder of the Global Taiwan Institute, said that “the question that seems to be on everybody’s mind is: Is this provocative?”

He said that among Taiwanese Americans, “for the most part, everybody’s very happy” that Pelosi followed through after her travel plans became public. Yeh said it would have looked worse if she had been seen as cowed by the Chinese government’s threats.

Chuang, the Hillsborough council member, said she didn’t think Pelosi’s visit to Taiwan would become a source of tension between Taiwanese and Chinese Americans.

“There are a lot of people that escaped communism and came to Taiwan, then ended up in the Bay Area or the United States,” she said, “because, ultimately, we know that freedom and democracy is the goal.”

“If I could, I’d go to Modoc County in the upper eastern corner of California to see the butterflies and drive through the Warner Mountains tucked behind two volcanoes. The population is under 10,000 and the unpaved roads are smooth and fine. There are more butterflies in the Warner Mountains than anywhere else in the nation. Modoc National Forest and the Bureau of Land Management have all the information you need. There is the famous Lava Beds National Monument and places like Surprise Valley and a little town called Likely.

Riding in the Warner Mountains to see the butterflies would be a dream. I’ve lived all of my 78 years in California and been to all of the places that most anyone might name. This state is huge, varied, beautiful, and most of the places people go to are crowded. Modoc County and the Warner Mountains are the essence of the wild beauty and rich geologic and cultural history. I take a deep breath and let the Warners remind me why California is worth having lived here my whole life.”

Tell us about your favorite places to visit in California. Email your suggestions to CAtoday@nytimes.com. We’ll be sharing more in upcoming editions of the newsletter.

And before you go, some good news

Until this week, Patrick Combs had not seen Searcy Hughes since the day she was born, June 29, 1988. The birth was momentous enough to make the front page of the next day’s San Francisco Chronicle.

“S.F. student delivers baby on sidewalk on his way to work,” the headline reads.

Thirty-four years ago, Combs helped deliver Hughes after finding her mother in labor on a sidewalk in San Francisco. Hughes was soon given up for adoption, and she didn’t know the full story of her birth until she reconnected with Combs.

On Wednesday, Combs and Hughes walked arm in arm to the spot where Hughes was born, near the corner of Fell and Buchanan Streets. Combs, who flew from San Diego for the reunion, recalled that when he first held Hughes, he thought she wasn’t alive.

“Then your eyes popped open like the headlights on a Fiat — then you looked at me and started crying,” Combs told Hughes, who now lives in South Dakota.

“I didn’t remember what your mother looked like until I saw you,” he continued. “That’s how much you look like her.”