In Southern California, a unique battle for Congress 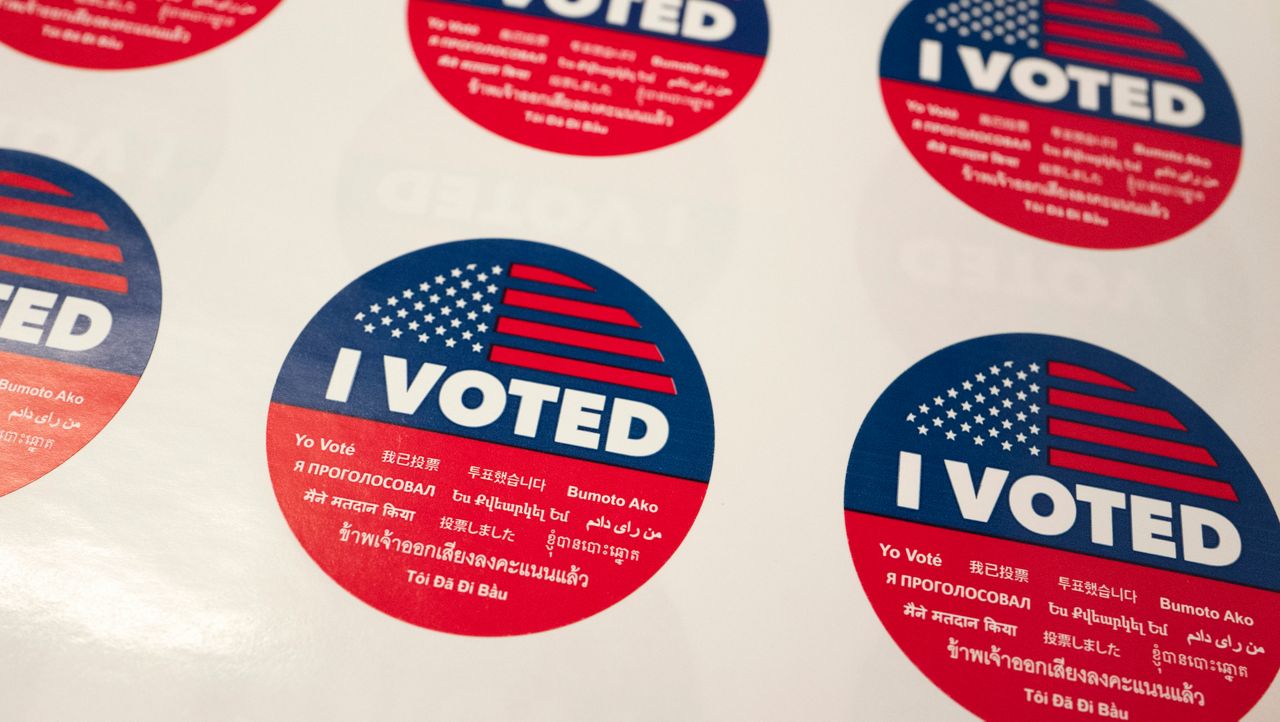 A Congressional race in southern California features two foreign-born candidates – freshman Rep. Young Kim, who is from South Korea, and her Democratic challenger, Dr. Asif Mahmood, a pulmonologist who would become the first member of Congress born in Pakistan.

What You Need To Know

The 40th Congressional District, which spans portions of Orange, Riverside and San Bernardino counties, is listed as “Likely Republican” by the nonpartisan Cook Political Report.

“We have a plan to keep our border secure,” Kim said, touting her proposed Comprehensive Southern Border Strategy Act, which would order the Department of Homeland Security to submit a plan that includes an overview of current security risks, a review of the agency’s drug-tracking tools, an accounting of different kinds of physical barriers and cost calculations for security devices used by the agency.

“Each of us are working to ensure that our Commitment to America includes our commitment to keeping our respective districts safe from the … crimes that is occurring, making sure that our border is secure, especially since California is bordering Mexico,” Kim added.

One issue Kim shies away from is abortion rights.

“I know that it’s important to some of my constituents, but it is not the center of our campaign or in this election,” Kim said. “That is not what I’m hearing from the people.”

“What I’m hearing from my constituents is inflation, voter crisis … those are the issues that people care about,” Kim added.

When pressed if she would support the nationwide ban on abortion after 15 weeks sponsored by Sen. Lindsey Graham, R-S.C., Kim wouldn’t commit to an answer.

“I believe we need to protect the lives of the unborn and I believe that life begins at conception,” said Kim. “I respect the decision that came down from the Supreme Court. I am a pro-lifer. But I respect the woman whose life is in danger, and there are some exceptions that needs to be made in the case of rape and incest.”

Mahmood, on the other hand, has made abortion rights central to his campaign, telling Spectrum News it’s part of the driving force behind his run for office.

“Today, the biggest issue is not only a part of health care, but it’s really core human rights and American values: women’s rights to choose, reproductive freedom,” he said. “This is a really integral part of healthcare.”

“This is definitely a top issue, and we have a large number of educated women in our district who will vote by issue, not by party basis, and I strongly believe that we are going to win this,” he added.

Mahmood was born in a rural village in Pakistan and attended medical school in Pakistan before immigrating to the United States in 1999. He has lived and treated patients in Southern California ever since, and serves on the California Medical Board.

“I am a problem-solver,” said Mahmood during a recent canvassing event in Chino Hills. “I’m not a politician. I have been a physician all my life, and I have treated tens of thousands of patients. There’s not one single instance [where] I asked somebody, ‘Are you Democrat or Republican?’ People come in, sit down, we get to the problem, solve the problem, get them out … that’s what can exactly happen in District 40.”

Mahmood says he wants to come to Washington to try and tackle issues like climate change and the price of prescription drugs.

“I have a large number of constituents who live on a fixed income, [and] as a physician, I know many people spend half of their earnings on prescription drugs,” said Mahmood. “It is very, very sad to know when some people have to spend $400 to $800, just on a monthly insulin cost, and their whole monthly retirement income can be $1,600. That said, she [Kim] just voted against cutting insulin cost.”

Mahmood says another issue he hears about quite often is concern about the state of democracy after the Jan. 6, 2021, attack on Congress.

“People are concerned about our democracy. So many people,” emphasized Mahmood. “I’m here in this country because of freedom.”

“People are concerned about that, and people frequently bring that up.”

Kim, who was inside the Capitol on Jan. 6, 2021 with other lawmakers when the insurrection broke out, voted to certify the Pennsylvania election results, but missed the vote on certifying the Arizona delegates – because, she said, she was waiting for a COVID test. She has strongly condemned the violence that day, and as an alternative to impeachment, introduced a measure to censure President Donald Trump for his actions. Kim did not vote to impeach Trump for his role in the insurrection.

The California district is 60.5% white, 17.4% Asian-American and 18.9% Hispanic. Joe Biden carried the communities in the 40th by nearly 2 percentage points over Donald Trump in the 2020 election.

“Democrats for at least the last couple of cycles have really leaned into the fact that they’re the big tent party, that they have minority interests represented not only through their policies, but through the people that they actually throw up on the ballot,” explained Casey Burgat, Legislative Affairs Program Director at The George Washington University.

“Republicans have been able to make a little bit of inroads it particularly in certain districts and states, and this is one instance of that where they can kind of undercut the fact that you’re it’s not just the party of older, wealthy white people, which historically the republicans have definitely disproportionately swayed that way,” Burgat added.

Kim was one of the first Korean-born women to serve in the House, part of an effort by the GOP to be more diverse.

She was first elected two years ago in an adjacent Congressional district, the 39th, but decided to run in the 40th after redistricting made it more Republican than the one she now represents.

“It seems that she made that choice to come and run in that district that would probably be more friendly towards her, rather than running against Linda Sanchez, who is a longtime Democrat incumbent,” said Sara Sadhwani, an assistant professor of politics at Pomona College.

“I think she would have had a very hard time staying and trying to run in those areas,” added Sadhwani, who is a member of the California’s Citizens Redistricting Commission which helped to redraw the state’s congressional districts.

Kim says she is undeterred by the challenges a new district represents.

“These are the communities that I’m very familiar with, it does have some of my overlapping districts,” explained Kim. “I worked here when I was a congressional staffer [for Congressman Ed Royce], and now we have been working really hard the last year or so, as we tried to get to know and reintroduce myself in the new 40th.”

It remains to be seen if voters will send her back to Washington.

“Orange County was home to a strong Republican contingent of voters not that long ago. And in 2018, we saw the quote unquote, blue wave come to California, and Orange County was ground 04 for those districts kind of turning hands and changing and Orange County voters electing Democrats in ways that we had never seen before,” said Sadhwani.

“Where this new 40th District lies, whether or not that change has quite come there, again, a pretty affluent, predominantly white neighborhoods,” added Sadhwani. “So these are very exclusive areas tending more Republican. So I think, of course, have taking that middle road for Kim will help her with some voters. There are some voters who have left the Republican Party and are never going to look back. At the same time, there are some who continue to pledge their allegiance to Donald Trump, and would want to see her closer to Trump.”