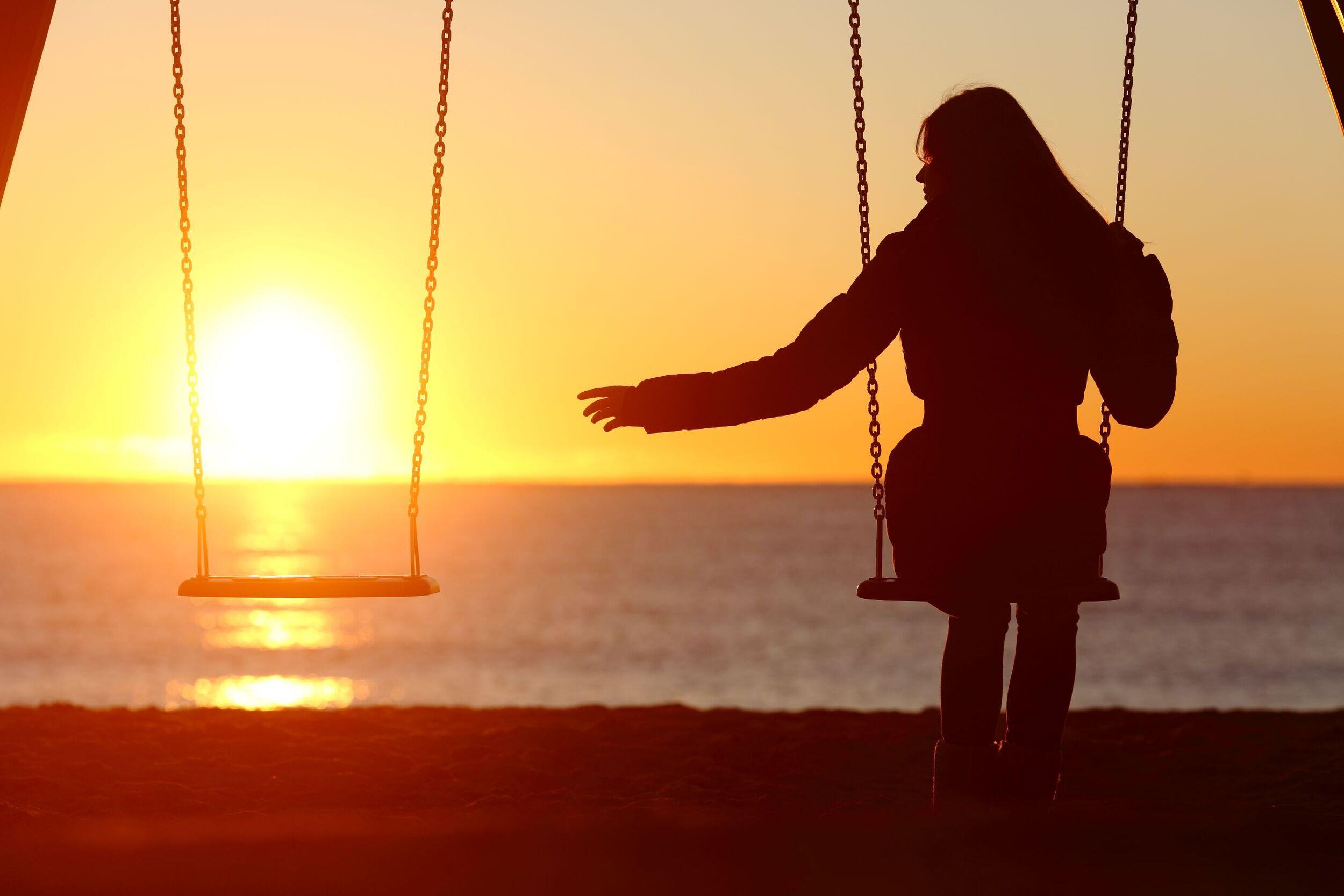 A new study is the first to show in fine detail the stark differences in life expectancy loss during the first two years of the COVID-19 pandemic between people living in high- and low-income census tracts in the U.S., and the disproportionate reduction in life expectancy — even within wealthy areas — for Hispanic, Black and Asian Californians.

The gap in life expectancy between the lowest- and highest-income census tracts in California grew from 11.5 to 15.5 years between 2019 and 2021, meaning that the lowest-income groups lost four years of life expectancy on top of a gap of more than a decade that had already existed before the pandemic.

The study, which was published July 7 in the Journal of the American Medical Association, was led by Northwestern University professor Hannes Schwandt, Ph.D., and co-authored by researchers at the University of California, Los Angeles; the California Policy Lab; the National Bureau of Economic Research; Princeton University; and Virginia Commonwealth University.

“We’ve had indications that the pandemic affected economically disadvantaged people more strongly, but we never really had numbers on actual life expectancy loss across the income spectrum,” Schwandt said. “I am shocked by how big the differences were, and the degree of inequality that they reflected.”

The COVID-19 pandemic has hit low-income and minority communities especially hard. Hispanic, Black and Asian Americans suffered a relatively larger increase in the income-related life expectancy gap compared to white Americans, according to the study, which examined data on all 1.99 million deaths that occurred in California between 2015 and 2021 to understand how the situation changed after the onset of the pandemic.

“Life expectancy has always tended to be shorter for Americans on the lower rungs of the income ladder, but this study shows that the pandemic has put those vulnerable families at even greater risk,” said Steven Woolf, M.D., director emeritus of the Center on Society and Health at VCU and a professor in the Department of Family Medicine and Population Health at the VCU School of Medicine.

“Even in a state like California, where health is better than in much of the country, devastating losses in life expectancy occurred in low-income communities and the Latino population in particular,” Woolf added.

Life expectancy is not the average lifespan of individuals in a society, but a hypothetical measure based solely on the mortality rates observed in a given year. It estimates how long a cohort of newborns could expect to live if it experienced the mortality rates of that specific year throughout their entire lifetimes. 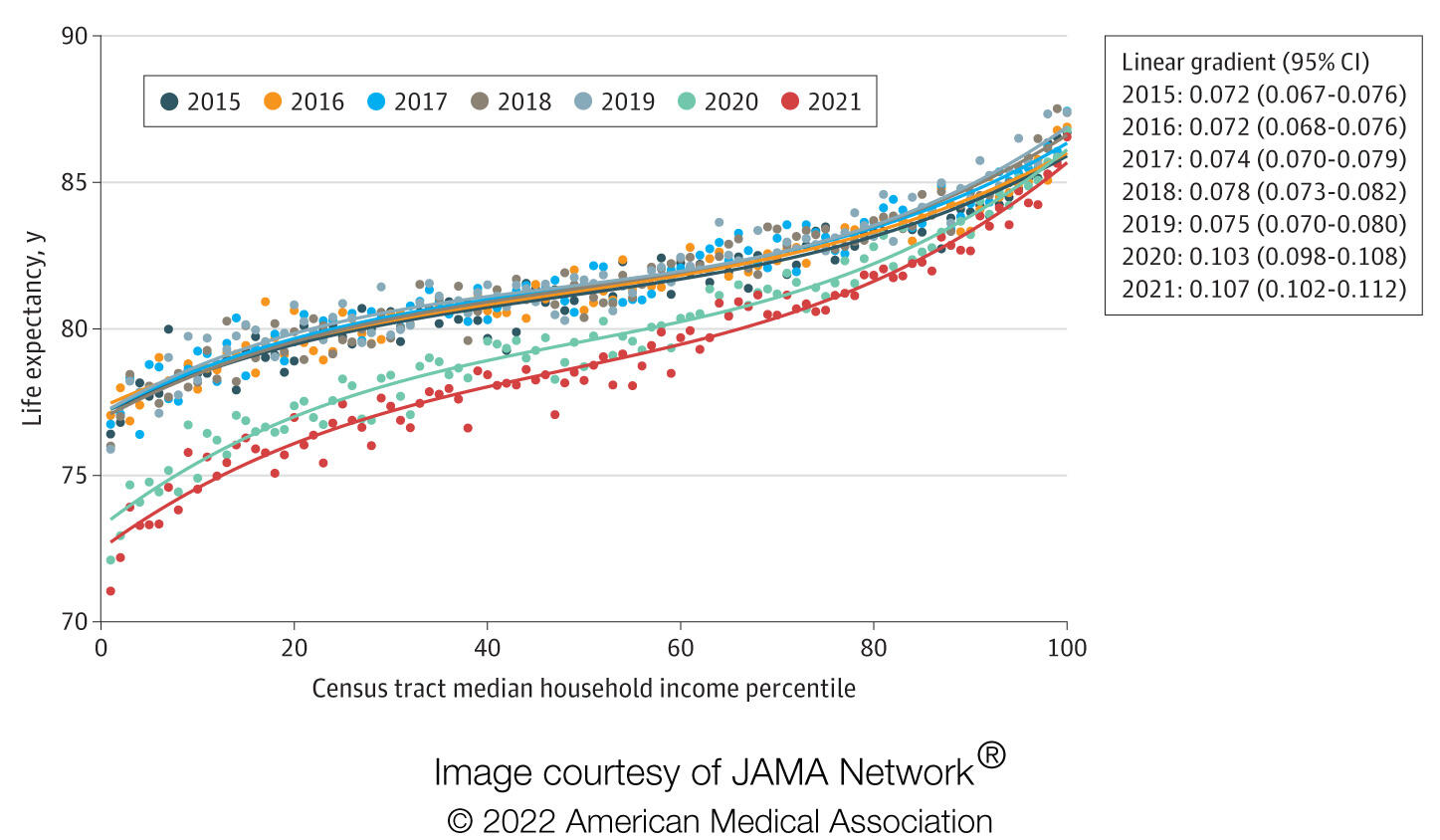 In the case of the COVID-19 pandemic, viral exposure tended to be higher for people with lower incomes, who often could not work remotely, may have relied more on public transportation, and often experienced more crowded housing conditions.

People of color and lower-income groups also have a higher prevalence of comorbid health conditions, reduced access to care, and more adverse social determinants of health, such as lower income to cushion economic stresses during the pandemic. Much of this inequality reflects the legacy of systemic racism, the authors wrote.

Asian Americans in California, who historically experienced the longest life expectancy of the four groups studied (Alaska Native and American Indian communities were excluded due to a small sample size in most census tracts), also suffered a greater decrease than white Americans. Black Americans continued to have the lowest life expectancy and suffered greater decreases than any group except Hispanic Americans.

In addition to Schwandt and Woolf, authors of the paper, “Changes in the Relationship Between Income and Life Expectancy Before and During the COVID-19 Pandemic, California, 2015–2021,” include Janet Currie, Ph.D., of Princeton University, Till von Wachter, Ph.D., and Jonathan Kowarski of the University of California, Los Angeles and the California Policy Lab, and Derek Chapman, Ph.D., of VCU.