Jay Chen should know better than to mock immigrants like me: Michelle Steel 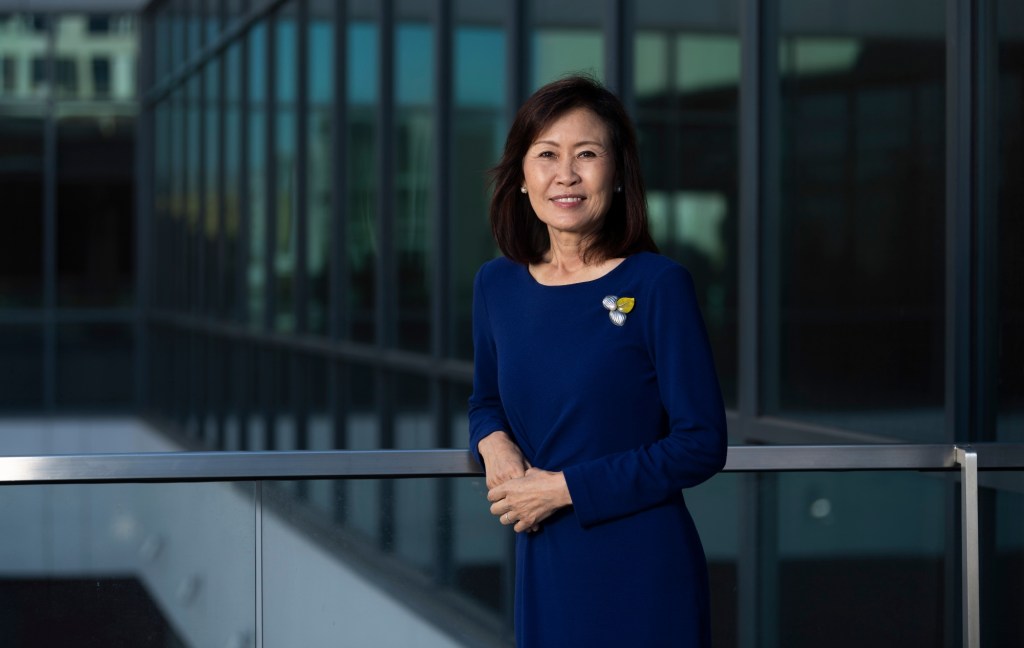 My accent is my story.

I was born in South Korea, raised in Japan, and have spent the last 45 years in America. English is my third language. After moving to America at 19, I met my husband and raised our family in Southern California.

I am living the American Dream and proud every day to represent our community in Congress.

Some say my English is broken, but that implies there’s something wrong with how I, and millions of other Americans, speak. I often note that my accent is a result of reading, writing, and speaking in three languages, something that immigrants across our nation understand. That isn’t something we are ashamed of; it is something that makes us proud Americans.

Unfortunately, the worst of our society thinks an accent makes you un-American. I’ve experienced racism my whole life – having been called “Chairman Mao” and been told, “We don’t eat dogs like you do.”

And it happened again last week.

I was taken aback when a video surfaced of my opponent, Jay Chen, telling a town hall that people needed an “interpreter” to understand me when I spoke. What makes it worse, Mr. Chen himself is a child of immigrants and someone running for Congress. One would hope he would have a higher level of empathy for those whom English is not their first language. Additional videos then emerged showing this wasn’t the first time he criticized my accent and even went so far as to level sexist comments that I only take marching orders from my husband.

We must be better.

As an American who loves this country, I take the rise in hate crimes and racist language very seriously. Unfortunately, these are not new issues.

We’ve been fighting these racist and discriminatory issues for decades. In 1996, I supported and campaigned for California’s Proposition 209, which banned racial preferences in public hiring, education and contracting.

From March 2020 through December 2021, nearly 11,000 hate incidents against Asian Americans and Pacific Islanders were reported to Stop AAPI Hate.

When I served as chair of the Orange County Board of Supervisors, I introduced a resolution in 2020 to call for tolerance and compassion, and condemned discrimination against the AAPI community.

Now, as your representative in Congress, I have a larger platform and am proudly sharing my voice to make one thing clear: Hate has no home in this country or in this community.

In March, I joined United States Senator Tim Scott, R-South Carolina, to testify before the U.S. Senate Committee on the Judiciary for a hearing on combating hate crimes.

Last year, I joined my Democratic colleagues to testify in the House Committee on the Judiciary about the discrimination and violence faced by Asian Americans.

I recently hosted a self-defense workshop for AAPI seniors in my district. While it was well-attended, the workshop itself should not be necessary. Sadly, California is at the top of the list of hate incidents per state.

That’s why the first bill I introduced when I was sworn in as a Member of Congress was a bipartisan resolution condemning the rise in anti-AAPI crime, and urging better coordination between local, state and federal law enforcement to combat and report these crimes. The Senate passed their own version of this resolution.

Though our parties may disagree on many issues, we can all agree that this hate and discrimination must stop. I was proud to support the COVID-19 Hate Crimes Act, which empowers federal law enforcement to attack this problem head on and put a stop to the rise in hate crimes.

Mr. Chen’s comments, while reprehensible, are far too common today.

I am not writing this seeking any kind of pity. On the contrary, I am hopeful that people will see Mr. Chen’s comments and have a better understanding of what so many immigrants experience regularly. We can learn from this. We can do better, and we must.