Opinion: 2 Bills Before the Legislature Will Help Stop Anti-Asian Hate Crimes in California 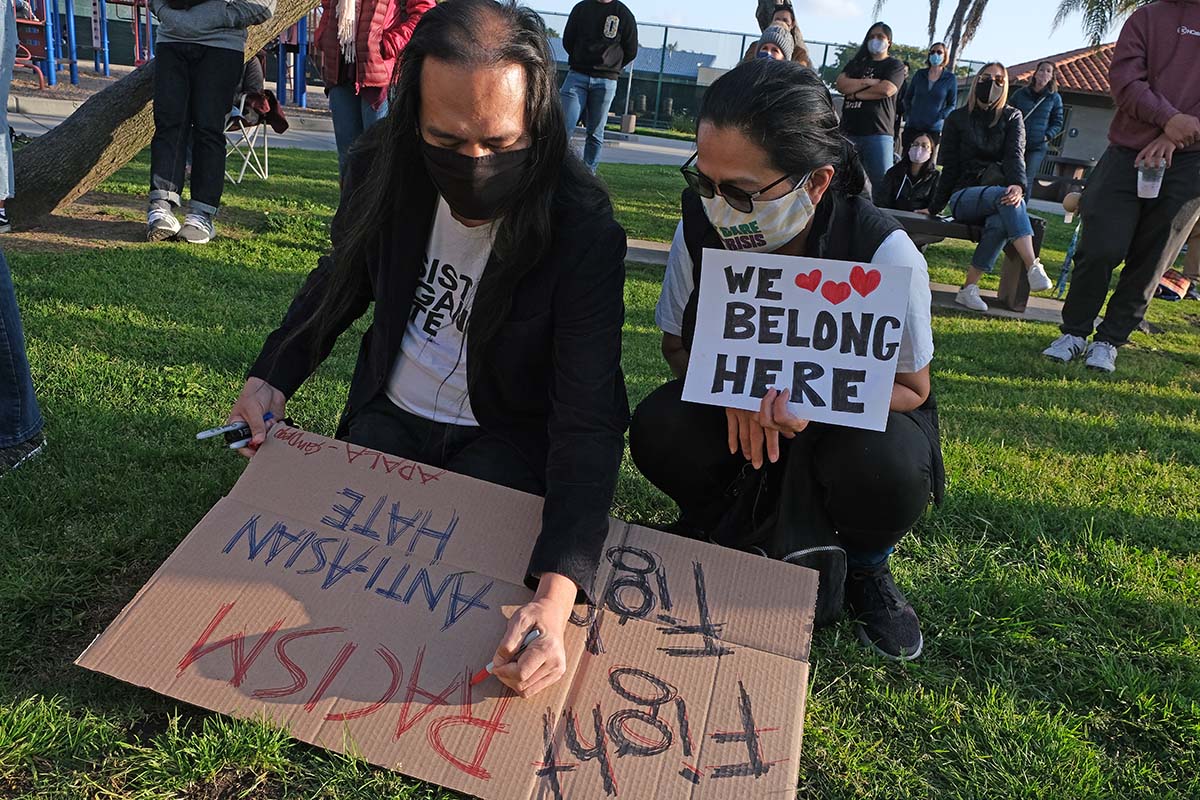 Asian Americans at the prayer vigil in San Diego in 2021. Photo by Chris Stone

As a woman with dual Asian and Pacific Islander heritage, I saw an uptick in hate crimes during the COVID-19 pandemic. It happened to me while I was walking a few minutes to the bus stop in Koreatown in Los Angeles. People shouted at and threatened me on my way to work.

Living in Southern California my whole life, this was the first time something like this happened to me, and I questioned California as an optimistic place of possibility for everyone.

What happened to me wasn’t as terrifying as what has happened to others. I’ve witnessed the rise in anti-Asian hate in a so-called “liberal” state like California. It’s appalling to learn that San Francisco’s police department has reported an increase of more than 500% in reported hate crimes against Asian American Pacific Islander people. Meanwhile, police in New York are investigating if an Asian woman’s death in mid-February was a hate crime.

The zeitgeist is troubling for Asian American Pacific Islanders around the country.

It’s time for action, and I’m glad to see two new bills moving through the Legislature.

The first, Senate Bill 1161, introduced by state Sen. Dave Min, a Democrat from Costa Mesa, seeks to protect women and other vulnerable groups on transit systems. It requires the state’s 10 largest transit districts to study harassment with data-driven initiatives to ensure safer riding.

The second, Assembly Bill 2549, introduced by Democratic Assemblymembers Mia Bonta of Oakland and Akilah Weber of San Diego, is for a public health awareness campaign on street harassment.

With safety and health constantly being compromised, these bills can’t come soon enough. For many people of color, public transportation is a lifeline. Fewer of us own vehicles; many of us take the bus and public transit. The intersection of classism with race and gender heightened challenges during the pandemic.

Despite my experiences, I recognize my privilege of speaking English as my first language. I can only imagine the more extreme cases experienced by others who lack citizenship or the ability to communicate suffering.

With the “model minority” myth, many friends and family feel disempowered about pushing back. And with everything we see on the news and social media, there is much more harassment beneath the tip of the reported iceberg.

In March 2020, San Francisco State University launched the Stop AAPI Hate reporting center to track and respond to incidents of hate, violence and harassment against Asian Americans and Pacific Islanders. As of Dec. 31, 2021, there have been 10,905 reported incidents of hate against AAPI people.

Many young women do not see themselves as political. That’s because the vision of what a leader looks like doesn’t include us. But the rhetoric is changing, and issues like this highlight the value of being at the policymaking table. If we are not present at the table, issues are legislated on our behalf.

As activists, advocates and future policymakers, we have the power to stand up and act on a legislative solution. Passing laws like these will help restore trust in Asian American Pacific Islanders communities. It will show people that we can trust the country we live in to take care of us. It will show us that we can make a difference when something goes wrong.

And it will remind young women like me that America is a place where we can be a part of sculpting a future that equally values the voices of all.

Camille Serrano is the Southern California Fellow for IGNITE, a young women’s political leadership program based in Oakland. She wrote this for CalMatters, a public interest journalism venture committed to explaining how California’s Capitol works and why it matters.