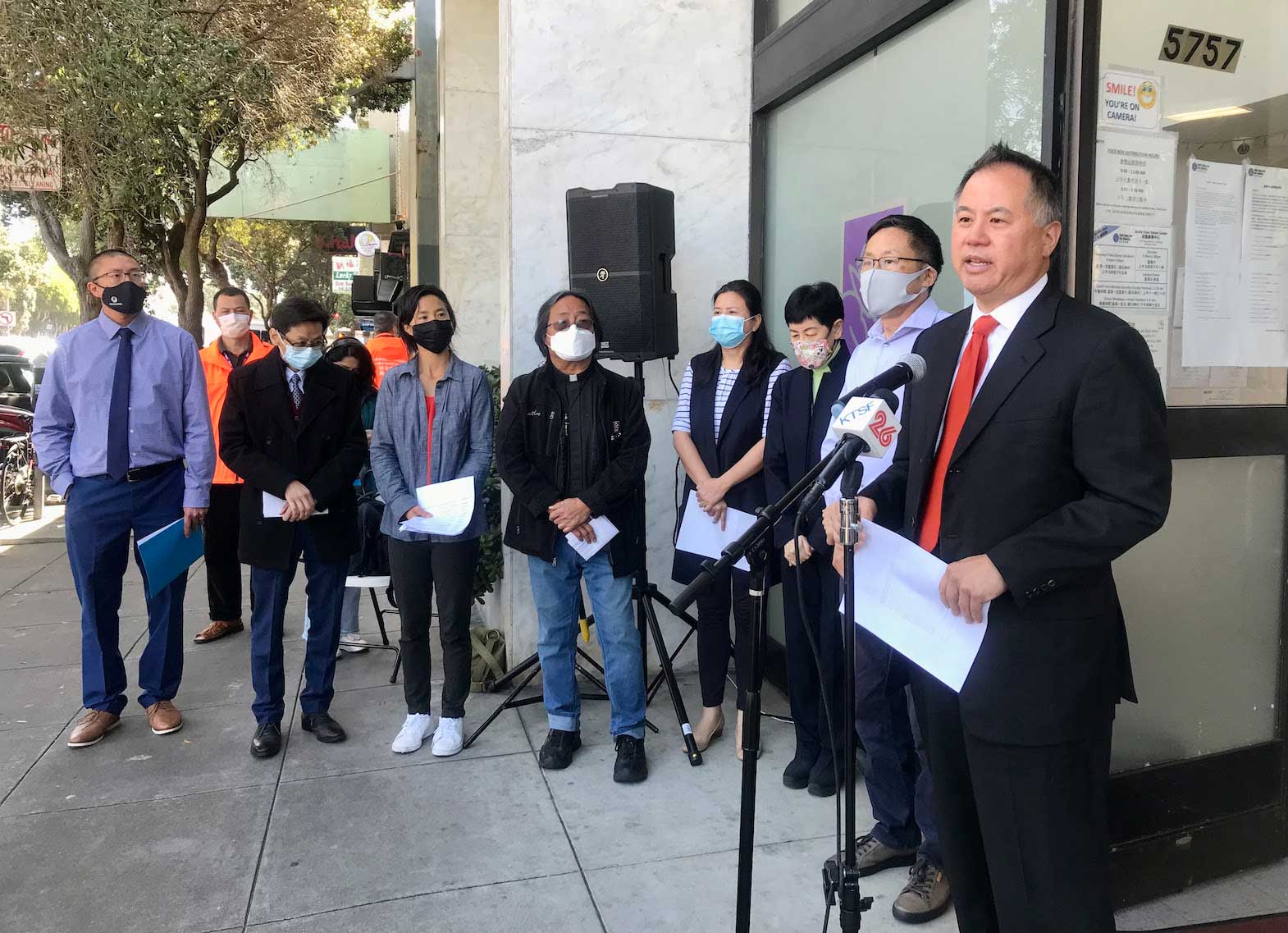 Also known as FAJ, the 49-year-old organization based in Oakland with offices in Union City in Alameda County, is the lone Fil-Am organization among 22 first-round recipients based in the Bay Area, South Bay and Central Coast of California.  They received over $4 million in total.

“We are excited about this opportunity,” FAJ executive director Geraldine Alcid told INQUIRER.net.  “We are focusing on mental health and addressing trauma and healing in our organizing work (and activities) we have planned for May – mental health awareness month and also API Heritage month.”

Alcid elaborated:  “The impacts of the pandemic and increased incidents of anti-Asian violence have greatly affected the mental health of our community members. From our youth to our elders, there has been an unprecedented need for support to address stress, anxiety, depression and other feelings of uncertainty we are coping with and the trauma we are holding.”

The awards are part of the $14 million to be distributed among 80 organizations statewide by the Newsom Administration in cooperation with the California Commission on Asian and Pacific Islander Affairs and California Asian & Pacific Islander Caucus, Assembly Member Phil Ting (D-19th District), announced earlier this month. 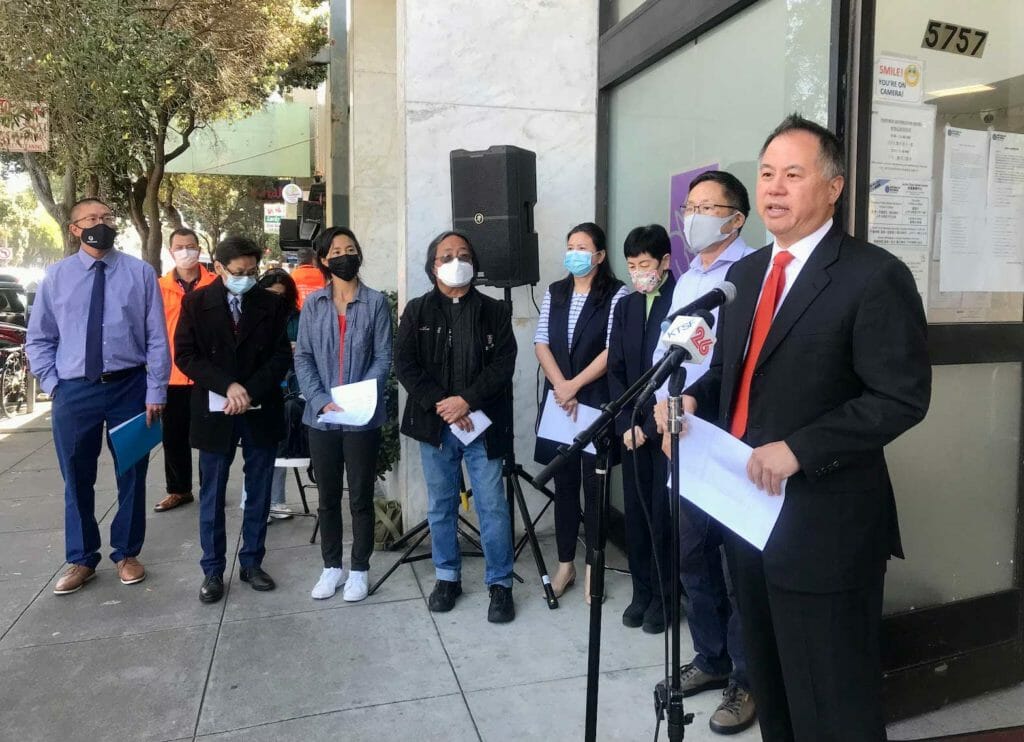 As chair of the Assembly Budget Committee, Ting headed the push for the historic $166.5 million API Equity Budget in response to the unprecedented rise in anti-Asian attacks since 2020, when the then-unknown coronavirus was first detected in the United States.

The virus first identified in Wuhan, China, has killed over a million Americans.  While violence against APIs has been a constant challenge cresting with every world conflict involving the ancestral countries of Asian and Pacific Islander Americans,  the current rise in Asian hate crimes has been linked to top officials, including then-President Trump, depicting Covid as the “Chinese virus.”

“For centuries, Asian Americans, Native Hawaiians, Pacific Islanders, diverse and vibrant communities have helped build this nation only to be often stepped over, forgotten, or ignored,” Biden said at the signing rites. “My message to all of those who are hurting is, we see you. And the Congress has said, we see you. And we are committed to stop the hatred and the bias.”

A month earlier a Caucasian man had shot and killed six Asian women workers among eight people at a massage parlor near Atlanta, Georgia.  Police initially downplayed race as a motive, though the shooter’s claim of “sex addiction” reinforced the “intersection of gender-based violence, misogyny and xenophobia,” said Rep. Bee Nguyen, the first Vietnamese American elected to the Georgia House.

In the summer the California Legislature passed and Gov. Gavin Newsom signed the API Equity budget as an investment over three years in resources for deserving agencies to stop the spread of Asian hate.

“I can’t wait to see the impact of these state investments,” Ting said in the company of grantee representatives led by Anni Chung of Self-Help for the Elderly at her agency’s Jackie Chan Senior Center in Chinatown.

Awardees in the second round of grant distribution will be named this coming summer, Ting added.  Prospective recipients had responded to the California State Library request for applications for Ethnic Media Grant Outreach to boost awareness of the Stop the Hate Program.

“This timely CDSS grant will allow FAJ to provide additional mental health services to our youth and elder members to equip ourselves with tools to build resilience that match today’s demands,” Alcid said.

She envisioned a well-rounded plan to overcome a cultural barrier. “Our healing and wellness spaces will take on the stigma and shame of asking for mental health help as Filipinos, a delicate topic we often don’t talk about in our families,” she conceded.  “Additionally, we plan to host free events such as yoga classes, acupuncture, Zumba, and others for members to meet each other and re-connect as we navigate post-pandemic life.”

Filipino Advocates for Justice has served over 130,000 individuals for almost 50 years.  The proudly progressive organization provides a broad range of services for the multi-generational Filipino community.  It touts its youth leadership development, immigrant services, worker support and community organizing.

When a new wave of immigrants from the Philippines surged into California spawning overt anti-Filipino sentiment and alienation, FAJ precursor Filipinos for Affirmative Action or FAA was born in 1973.  First-generation Filipino American students and earlier exiles-turned-community leaders joined forces to provide support for individuals and families struggling to start over.

The newcomers had fled political strife, civil unrest and economic decline roiling their country since 1972, when authoritarian president Ferdinand Marcos declared martial law.  They did find freedom and job prospects here but also inequity and exclusion.

FAA sought to affirm and protect the rights of the new arrivals through organization and education, the heart of its mission even as it renamed itself as Filipino Advocates for Justice or FAJ to declare its reason for being.

No Fi-lAm organization in Northern California has championed more vociferously and vigilantly the Deferred Action for Childhood Arrival or DACA path to citizenship or rent control and eviction restrictions.

With the recent award, FAJ will be setting its sights on the very issue on which the organization was conceived: immigrant empowerment.

Alcid was a program director with FAJ from 2006 -2012.  She headed voter engagement campaigns and the 2010 Census outreach.  After a brief hiatus, she returned to work on fund development with her mentor Galedo, who retired from FAJ in 2017 “but not from community service.”

FAJ serves the more than 300,000 Filipinos who call the Bay Area home, through its offices in Oakland’s Chinatown and Union City.