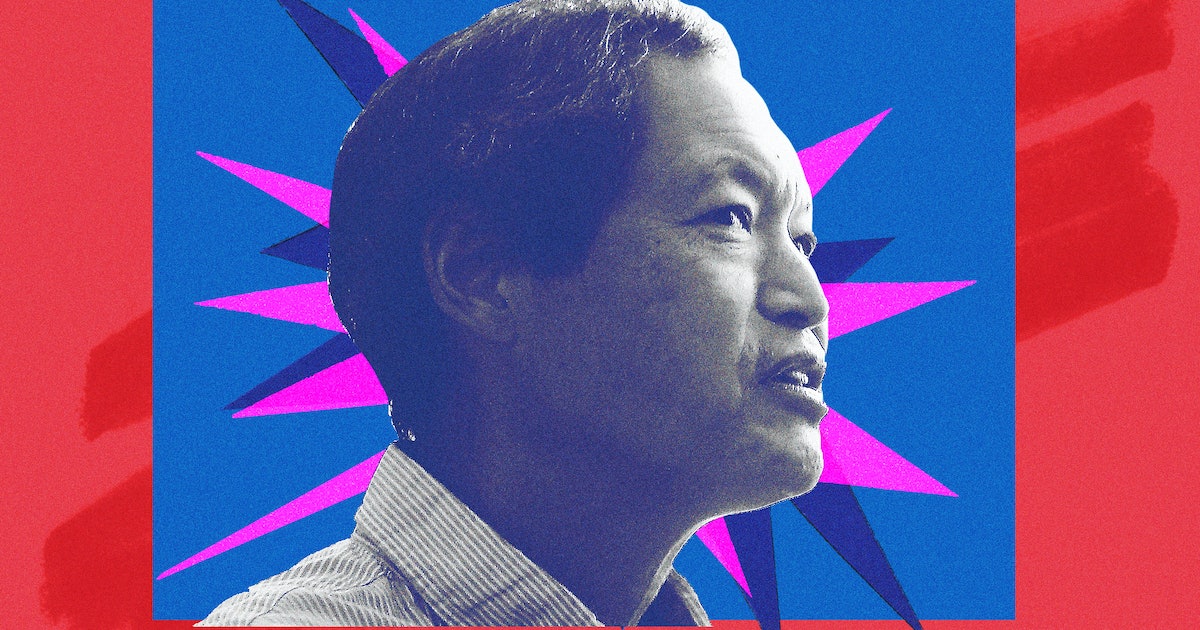 When the coronavirus pandemic started to spread across the world in early 2020, a lot was unknown — about the disease, about how it spread, and about how it would affect us. While scientists sought answers, there was fear that, in the absence of understanding, fear would take over.

Russell Jeung, a professor of Asian American studies at San Francisco State University, knew there was a distinct possibility that Americans would blame the Asian American community for the disease, which originated in China. It had, after all, happened before: “I remember SARS leading to the shunning and harassment of Asians in 2003,” Jeung tells Mic.

His concern was warranted. Even before much of the country went into lockdown, Chinese restaurants reported received significantly less business. Tourists stopped frequenting Chinatowns, and people started spreading unfounded rumors about people of Asian descent, developments that bear a striking similarity to what happened during the SARS epidemic. As lockdowns progressed, and persisted for months, people’s racist anger turned increasingly violent.The Center for the Study of Hate and Extremism at California State University at San Bernardino found a nearly 150% rise in anti-Asian crimes in 2020. Similarly, the FBI found a 76% rise in hate crimes against Asians.

But even this data is not comprehensive, because it only includes crimes that were reported to the police. For AAPI folks, there are often hurdles to relaying their experiences in a way that fully captures the amount of prejudice they face. “Asians are unlikely to report to the government and law enforcement for a variety of reasons,” Jeung explains, including “language barriers and wondering about the effectiveness and utility of doing so.”

Jeung took notice of the increasing reports, so he started tracking news accounts that documented racism directed toward Asians. Working with nonprofit groups Chinese Forefront of Action and the AAPI Equity Alliance, he then reached out to government agencies in early 2020 to formulate a response to the growing problem. “We didn’t think the Trump administration would be responsive, so we focused on California,” Jeung said. But when his coalition contacted state officials, “They said they didn’t have the capacity.”

So Jeung took it upon himself to listen to the Asian community. He, along with Chinese Forefront of Action and the AAPI Equity Alliance, launched Stop AAPI Hate, an organization dedicated solely to tracking instances of anti-Asian racism.

“They wanted to develop a collective voice to sound the alarm.”

Stop AAPI Hate doesn’t just trawl for police reports and media reports about hate crimes. It instead created a new platform altogether for people to reportinstances of hate that they have experienced. The result is 10,905 reports of hate incidents committed against AAPI persons between March 19, 2020 and Dec. 31, 2021, according to the group’s most recent report.

Why has Stop AAPI Hate been able to get a more robust picture of anti-Asian racism? It largely boils down to trust, Jeung explains. “We’re a trusted community partner and we created a website to report in multiple languages,” he says. He also notes that Stop AAPI Hate understands something crucial about people who are self-reporting instances of hate: They may just want to be heard.

“People didn’t necessarily want any actions to be taken by the government to punish,” he says. It wasn’t necessarily about getting more policing, or more convictions. “Really, they wanted to develop a collective voice to sound the alarm.”

More than half of the cases reported to Stop AAPI Hate were of verbal harassment: people saying racist things or using derogatory language or slurs directed toward Asian people. In about 1 in 10 cases, there were civil rights violations including workplace discrimination, refusal of service, being barred from transportation, or housing-related discrimination.

Perhaps most troublingly, the second-most reported type of incident was physical violence, which accounted for more than 16% of all reports. This figure doesn’t quite capture the horror of these crimes. There have been high-profile cases of violence that have resulted in deaths and serious injuries. Incidents like the series of shootings at Atlanta-area massage parlors that killed eight people, the murders of Michelle Go and Christina Yuna Lee, and the targeted shooting of an Asian-run hair salon in Dallas’s Koreatown highlight just how violent and hate-filled some of these attacks could be.

“I continue to be shocked by the extent of the racism and the depth of the anger and vitriol directed towards Asians,” Jeung says. Because of the work that his organization did tracking hate crimes against the AAPI community, he said he was not surprised by the Atlanta shooting. But that doesn’t mean he wasn’t affected. “It’s really depressing,” he says. 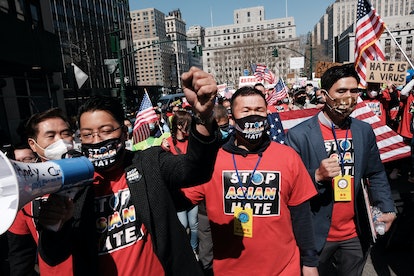 People participate in a protest to demand an end to anti-Asian violence on April 4, 2021, in New York City. Photo by Spencer Platt/Getty Images

Even worse is that some of the hate has been explicitly encouraged by Americanpoliticians and other major figures. The use of the phrase “China virus,” by then-President Donald Trump as well as several sycophantic right-wing figures,for instance, almost certainly led to more hatred directed at Asians in the U.S. Any time American politicians or public figures attack China, in fact, there is an impact that is felt by the entire AAPI community. South Asians, Pacific Islanders, and Southeast Asians often experience more racism too, Jeung notes, because they are lumped in with East Asians by people too ignorant to tell the difference and too malicious to care. On top of that, “they’re experiencing racism for other reasons including Islamophobia and skin color,” he says.

Class also plays a role in how exposed AAPI people are to this type of vitriol. “We found that working class, low-income Asians experienced twice the rate of racism as professional Asian Americans,” Jeung says, noting that the Stop AAPI survey asks for demographic data to help quantify these cases. “That makes sense, because you recognize the former group are essential workers who interface with the public a lot more than professionals who could stay at home, work online, and don’t have as much interaction.”

Stop AAPI Hate’s work has made these experiences visible in a way that is hard to ignore, so it makes sense policymakers and mainstream media have all started to give more attention to the issue — helped along by AAPI people in those fields. New York Democratic Rep. Grace Meng has pushed for a national Asian American history museum, while her fellow Democrat, California Rep. Ted Lieu, has repeatedly called attention to the targetingof AAPI community members. Reporters like Nydia Han and Michelle Li have shared their personal experiences of being Asian in America, including highlighting the hate that has been directed at them.

Jeung says that three states have passed legislation since 2020 that requires AAPI narratives to be included in school curricula, and 10 states have similar pending legislation. There are also pieces of legislation in California that would address the verbal harassment that AAPI people experience in public places. But even smaller, local changes can make a difference. Community ambassador programs that help to greet and welcome people into an area rather than make them feel watched or policed, for instance, can lead to better outcomes and healthier interactions — much like the Compassion in Oakland organization that accompanies senior community members to protect them.

Jeung says that he has been heartened by what he views as these “good faith efforts to respond to what is accepted now as a rise in anti-Asian discrimination.” But perhaps the most encouraging indicator has been community response. Jeung says he has seen AAPI people organizing at their workplaces and religious centers, and has seen lots of activity from young people in particular. “Kids are holding bake sales, we have a middle group that organized a 1,200-person rally, we’ve seen high school kids writing policy reports and creating video PSAs,” he says.

While Jeung’s organization does the important work of tracking instances of hate and abuse experienced by the AAPI community, its effect may be even more valuable: It has rallied AAPI people and allies to support and protect each other.

“I get depressed and angry over the state of the United States, but I think that anxiety and that fear and frustration really is a trauma response,” Jeung says. “What encourages me is to see others really wanting to improve our community.”