‘This show is a historical event’: celebrating ‘unseen’ Asian American

A groundbreaking new show in New York showcases the work of three under-recognized Asian American sculptors who worked and taught in the city during the 1960s and 70s.

“This kind of exhibition is so overdue,” says Tina Kim, a gallerist who approached poet and critic John Yau a few years ago to learn more about Asian American artists in the 80s and 90s. Yau, who curated the show, suggested going back even further, “to the first generation of artists who came”, Kim said. “They struggled so much but made a strong impact in the New York art scene. It is time now that their work receives the proper attention and we investigate their contributions.”

“This show is a historical event,” agrees Genji Amino, grandchild of the sculptor Leo Amino. “I’m not sure when the last time, if ever, three Asian American artists of my grandfather’s generation or the following were shown together in New York.” In July 2020 Genji Amino curated of a show of Leo Amino’s work at David Zwirner. Before that, they say, “I doubt I could point to solo shows in New York for earlier generations of Asian American artists apart from the only two sculptors of Asian descent to achieve a measure of lasting national and international recognition: Ruth Asawa and Isamu Noguchi. And this is despite the incredible amount of activity of Asian American artists around the second world war.” 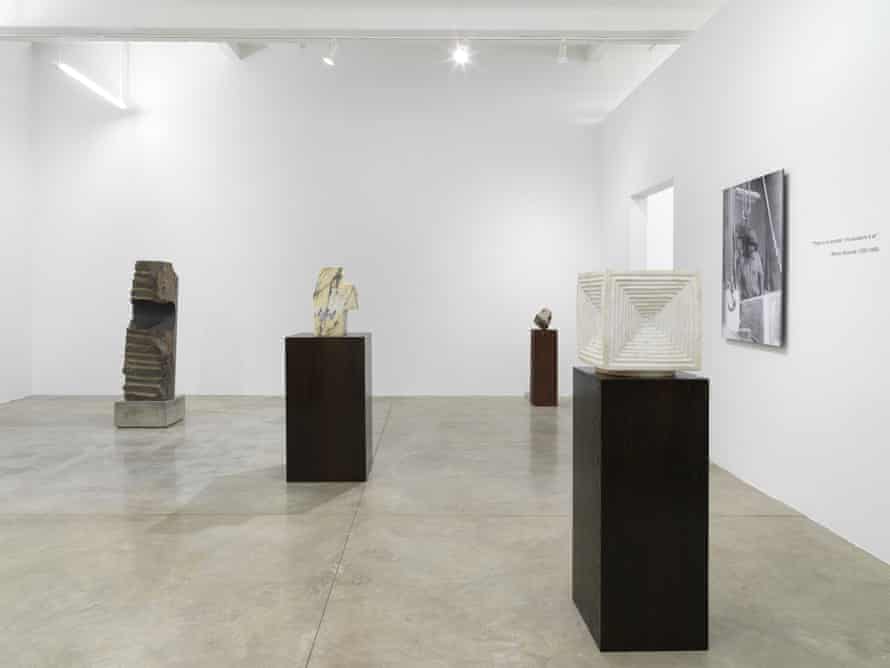 Histories of Asian American art on the west coast, while still woefully neglected in a national context, have been much better recorded thanks to the efforts of a larger and more longstanding Asian American community and history of activism, exhibition and scholarship. On the east coast, the record is far less complete. “It has been quite a revelation that a Japanese American artist of my grandfather’s generation was living in Greenwich Village alongside the abstract expressionists and teaching at Black Mountain College, exhibiting nearly every year at the Whitney in the 40s and 50s, and developing the new medium of plastics two decades before it was recognized in the work of a younger generation of artists in Los Angeles,” Genji Amino says.

This marks the first major exhibition of Minoru Niizuma’s work in nearly 25 years, although “he helped shape the genre of stone sculpture in a way that very few have,” says Arata Niizuma, his son. “In my mind, my father created a breadth of work in stone sculpture that is rivaled only by the likes of Henry Moore and Isamu Noguchi.”

The three artists belonged to different generations and worked in different mediums, using different processes, and indeed the exhibition acknowledges that they have little in common aside from the region where they were born and the fact that they were never affiliated with a mainstream movement or style. “There’s many art worlds in New York, and sometimes they overlap, but sometimes they’re completely separate from each other,” Yau says, adding that even the now famous Yayoi Kusama and Noguchi stood apart from the mainstream art world. 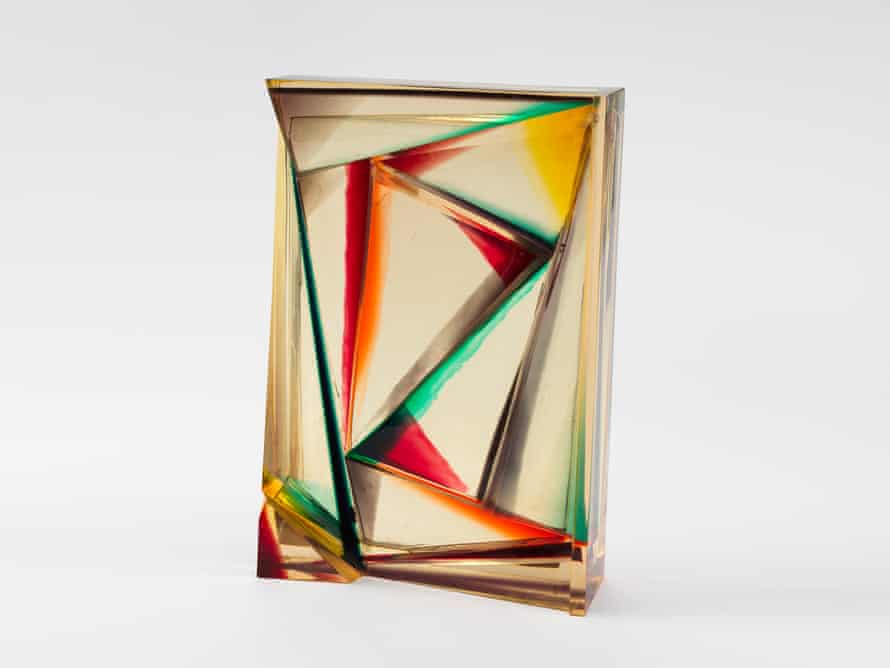 Genji Amino notes that diversity in backgrounds and practices “reflect both the multiplicity and the inherent contradictions implied by the concept ‘Asian American’”. “I think Leo would have been proud to show his work alongside other artists who found themselves to be outsiders to the white avant gardes of their respective generations, both in terms of the adversity they faced as Asians in America and in terms of the alternative set of concerns that drove their unorthodox aesthetic practices,” they added.

Artist John Pai recalls that when he first heard about the exhibition, “I felt as if I was about to be reunited with a long lost family,” he told the Guardian. “Although I had never met any of the other artists, I was all too familiar with the forces that shaped them and the dreams of a new world that challenged their imagination.” Pai was compelled by how each artist met this challenge in different ways. “Imagine what kind of form could emerge from a jackhammer, a test tube and an oxy-acetylene torch? Calmly coherent sculptures, it turns out.” 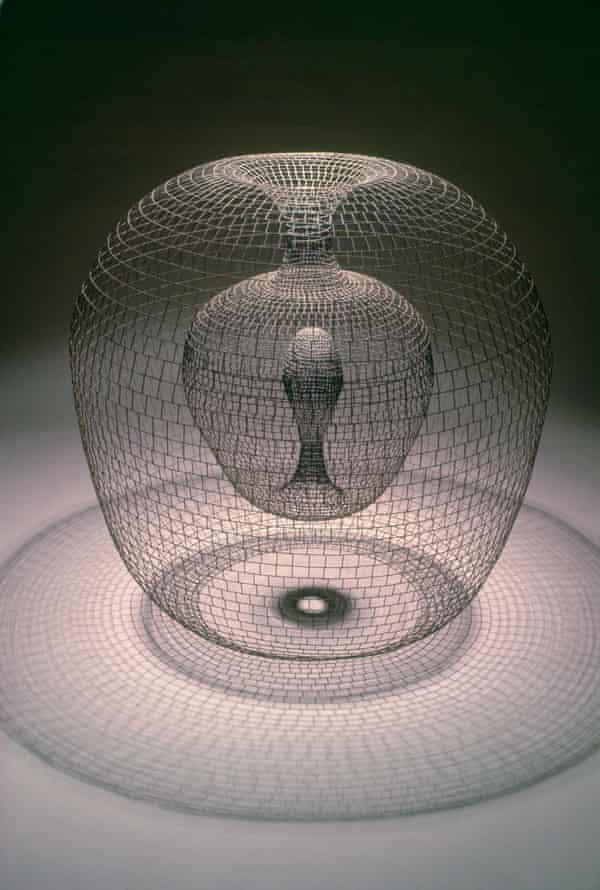 Pai remembers fondly the fertile milieu from the era covered in the show. “Today, race, politics and power have churned into a formidable brew that reasonable people find hard to believe how paralyzed we are by it. This show harkens back to a time when people from all walks of life strove to integrate all the arts towards a dynamic and creative society. The depth and breadth of creative energy was awe-inspiring. One can only wonder, will it ever happen again?”

Despite their achievements, many Asian American artists from this period risk becoming lost to history: perhaps an artist had a show, but it was probably not reviewed (due partly to the dearth of critics of color at the time) and if there was a catalog, it may be out of print or difficult to find. Putting the exhibition together was challenging given the lack of documentation, Kim notes. “These histories will be forgotten unless we document them now,” she says. “So much research needs to happen. My show only opens the door of so many conversations we should be having with institutions and scholars.”

Genji Amino aspires for the show to go beyond mere visibility and assimilating these undersung artists into the art historical canon. Instead, they hope it’s the first step toward new histories and ways of seeing, ushering in more transformative engagement with communities and issues outside the art world, especially at a time when many art institutions and the public are reconsidering what and whom art history is for. “The art histories that would claim these artists of color have more to gain from the experiments and provocations represented by their lives in art than the artists themselves have to gain from any gesture of inclusion,” they say. “We want to allow the power of this artwork to radically redefine the parameters of art history, not simply to have a few new figures ushered into it.”