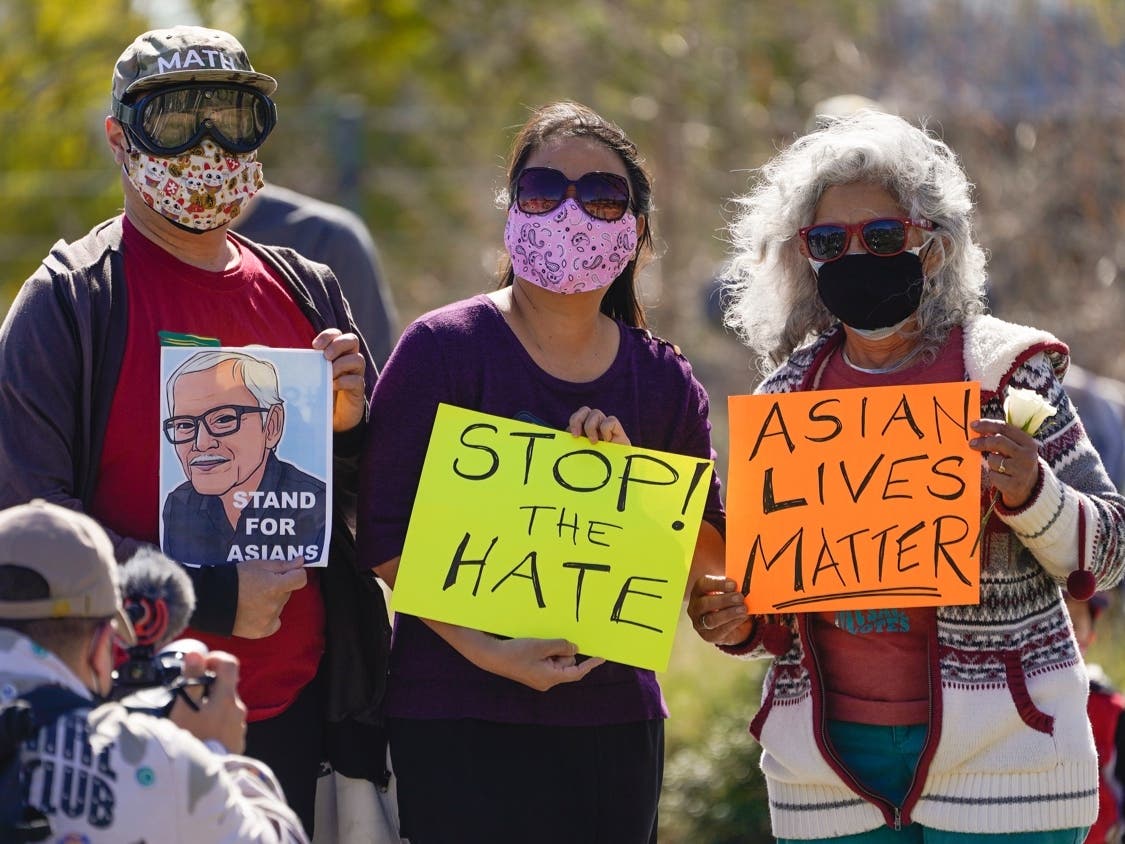 DANVILLE, CA — A Japanese-American Danville resident wearing a mask outside was told to “Go to China” by a neighbor, new Twitter footage shows.

A young woman identified as Catherine told ABC7 anchor Dion Lim that she stepped outside of her Danville home wearing a mask when a neighbor shouted, “Take off your mask!” Catherine then began to record.

“What did you just say? Did you tell me to go to [expletive] China?” Catherine asked her neighbor in the video.

“Go to China!” the neighbor, who is a few yards away atop a balcony, shouted back. “If you want to be scared…”

The video then stops. Catherine told Lim that she filed a police report, and plans to move to Vallejo, which is 24.5% Asian, according to 2020 census data. “It’s def scary,” she told Lim. “I’m glad I’ll be surrounded by people who look like me.”

Danville is 14.8% Asian, according to the most recent census data.

Catherine also told Lim that a Black neighbor came home to find a racial epithet scrawled on their door.

The United States and most other Western countries have witnessed a dramatic surge in anti-Asian hate crimes since the beginning of the coronavirus pandemic. Anti-Asian hate crimes increased 339 percent in the United States in 2021, according to a study from the Center for the Study of Hate and Extremism. The study also found that anti-Asian hate crime increased by 124 percent from 2019 to 2020. 3,795 firsthand complaints of racism and discrimination against Asian-Americans were filed between March 2020 and February 2021, according to the Stop AAPI Hate Coalition.

Half of the victims were allegedly targeted by a single unnamed man, who is accused of vandalizing at least 20 establishments.

Videos similar to the one recorded in Danville can be found all over the country. A cardiologist in an Oregon grocery store almost had her mask ripped off, according to a CNN report. The woman, identified only as Jae, told CNN the man told her she brought the “China virus” to this community and should get out, and then tried to rip her mask off her face. He then called her the b-word, and then a racial slur for Chinese people.

Other Asians recounted having customers throw masks at them, being blocked from leaving parking lots by other cars, and more, according to the report. Some incidents turned deadly: in New York City, Bay Area native Michelle Go was pushed in front of a subway, to her death. In March 2021, six Asians and two other people were killed in a shooting spree at an Atlanta spa.

“This isn’t a physical attack,” Lim wrote of the Danville incident. “But early in the pandemic I covered a LOT of verbal hate toward Asian Americans. It then seemed to escalate to physical attacks. It’s very sad for me to hear racist remarks like this today.”