Why is a Bill to Encourage Schools to Teach Asian American and Pacific Islanders History Meeting Resistance? 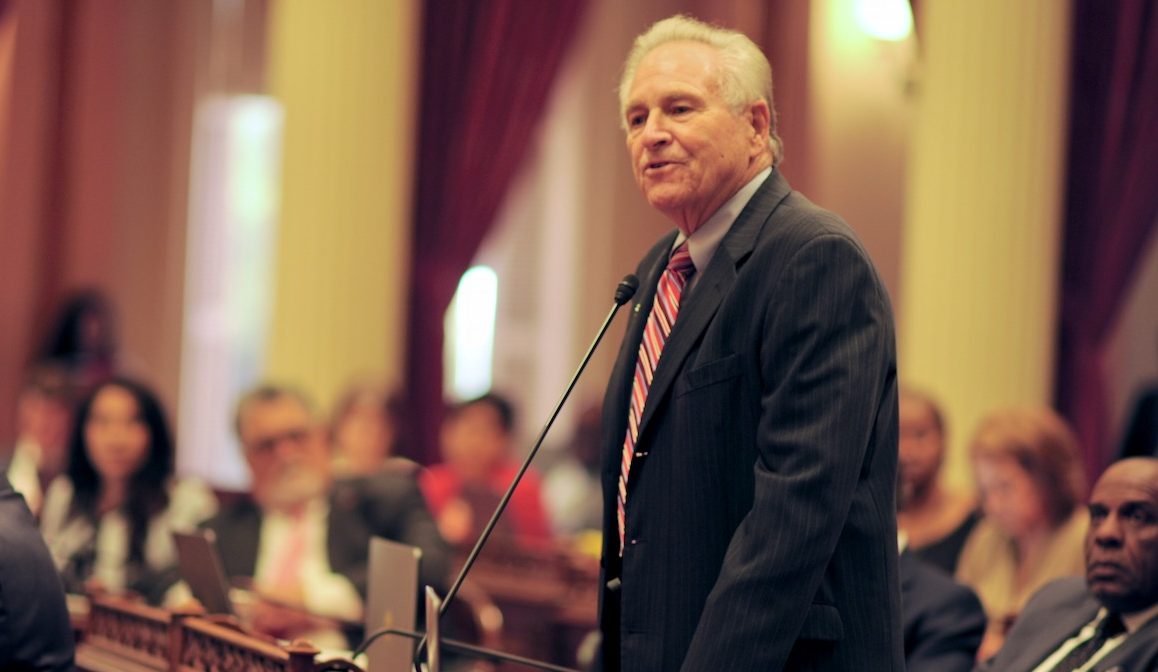 A bill to encourage schools to adopt a course of study related to Asian American and Pacific Islanders History for grades 1-12 is strangely meeting resistance in the Legislature.

Senate Bill 1363 by Sen. Jim Nielsen (R-Gerber), would encourage school districts to include in their curriculum the contributions of Asian American and Pacific Islander individuals and communities to the economic, cultural, social, and political development of California and the United States, and merely provides a suggested framework for classroom instruction on the contributions of Asian Americans and Pacific Islanders in social science courses that would be designed according to the maturity level of students.

SB 1363 does not mandate this course of study, nor does it incur any costs.

Sen. Nielsen is one of the founding members of APAPA, the Asian Pacific Islander American Public Affairs Association, and has participated in the association for 20 years. The APAPA asked Sen. Nielsen to author the bill.

“As one of the founders of APAPA (Asian Pacific Islander American Public Affairs Association), I was honored to be asked to author APAPA-sponsored Senate Bill 1363,” Sen. Nielsen said.

SB 1363 was heard in the Senate Education Committee in April, and was passed out on a 6-0-1 vote, with Sen. Richard Pan not voting on the bill. Sen. Pan argued that the bill should mandate the AAPI history curriculum. He said as the Chairman of the AAPI Caucus, he’d heard from people in the community concerned that the bill does not move the needle.

Committee Chairwoman Sen. Connie Leyva told Sen. Pan that the committee moves bills out of it all of the time “that don’t have any teeth in them.” She encouraged Sen. Pan to work with Sen. Nielsen to “put more teeth in it if you so choose.”

It took the bill six weeks to reach the Senate Floor for a vote on May 16, 2022. SB 1363 was pulled off of consent and then Sen. Pan did not vote on it. The bill passed the Senate 25-0 with 15 no votes counted (abstentions or absences).

Also on May 16th, SB 1363 then moved to the Assembly for committee assignments and hearings, where it sat until June 2nd, when it was referred to the Assembly Education Committee. SB 1363 is still awaiting a date for hearing.

Why isn’t the Assembly Education Committee setting SB 1363 for hearing? Again, the bill does not cost anything, and there are no mandates in it.

Assemblyman Patrick O’Donnell (D-Long Beach) is the Assembly Education Committee chairman. The Globe called Assemblyman O’Donnell’s Capitol office and spoke with his communications director, noting that the bill was referred to the committee June 2nd (and it is June 16th), and still hasn’t been given a date for hearing. We asked if there is a holdup, and if so, what that is.

The communications director offered to contact the Assembly Education Committee consultant and ask about the hold up on assigning SB 1363 a date for hearing.

We heard back from Assemblyman O’Donnell’s communications director, but he said he hadn’t heard back from the Assembly Education Committee. The Globe will update the article when we do hear back.

As for the “Need for the bill,” according to the bill analysis, Sen. Nielsen said, “SB 1363 encourages the instruction of the contributions of Asian Americans and Pacific Islanders in Social Science courses for grades 1-12. This bill does not require school districts to include this instruction in curriculum, but encourages them to include this subject matter where and when appropriate for each grade level. Current law does not specifically include Asian Americans and Pacific Islanders and this bill seeks to remedy that exclusion.”

The  Senate Education Committee analysis for SB 1363 addresses the increase in Asian hate crimes: “Asian American and Pacific Islander Students in Focus: Experiences During the COVID-19 Pandemic. People of AAPI descent have been the targets of a disturbing rise in racially motivated hate crimes across the United States over the past year. Investigations of these crimes have linked their growth to discrimination connected with the COVID-19 pandemic. The pandemic, combined with these hate crimes, have had powerful repercussions for AAPI communities and the education of AAPI students.”

“Anti-AAPI hate crimes have increased 145 percent in 16 of the United States’ largest cities during 2020.”

Sb 1363 has numerous members of the Assembly and Senate as co-authors, as well as an entire page of supporters including:

The Globe never heard back from Assemblyman O’Donnell’s committee consultant about why AB 1363 was being held up for a hearing date and time.

And then on Friday, the The Asian Pacific Islander American Public Affairs Association released this press statement, and asking everyone interested to contact Assembly member O’Donnell’s office at (916)319-2070:

The Asian Pacific Islander American Public Affairs Association (APAPA) is the sponsor of California’s K-12 AAPI History Bill SB 1363 that passed the California Senate and is now pending in the Assembly Education Committee. The committee chair, Assemblymember Patrick O’Donnell, has not set it for hearing despite the fact that if the bill is not heard prior to 7/1 it will die.  SB 1363 would encourage school districts to include in their curriculum the contributions of Asian American and Pacific Islander individuals and communities to the economic, cultural, social, and political development of California and the United States.

“Assemblymember O’Donnell’s office has received over 100 calls from AAPI community members over the past 24 hours alone pushing for him to schedule this bill because we are out of time now but he is refusing to act or even respond for that matter. Earlier we asked to meet with Assemblymember O’Donnell but he has refused along with other members of his staff.  If this bill is not heard prior to the 7/1 recess as required, it dies…it dies in the dark without public vote or repercussions and that is unacceptable to our AAPI communities. APAPA pursued this bipartisan bill because it targets the roots of AAPI hate by addressing the gap in education that creates the perception that AAPIs are perpetual foreigners that haven’t contributed to building this country.  In light of the recent rise in anti-Asian hate, it is especially egregious to kill this vital legislation in the shadows outside the democratic process,” says Henry Chang, the National Executive Director of the Asian Pacific Islander American Public Affairs Association, a nonprofit organization that has been headquartered in Sacramento for over 20 years with 41 chapters throughout the US whose mission is to advance our AAPI communities through increased leadership and civic engagement.