Will Asian Americans Bolt From the Democratic Party? 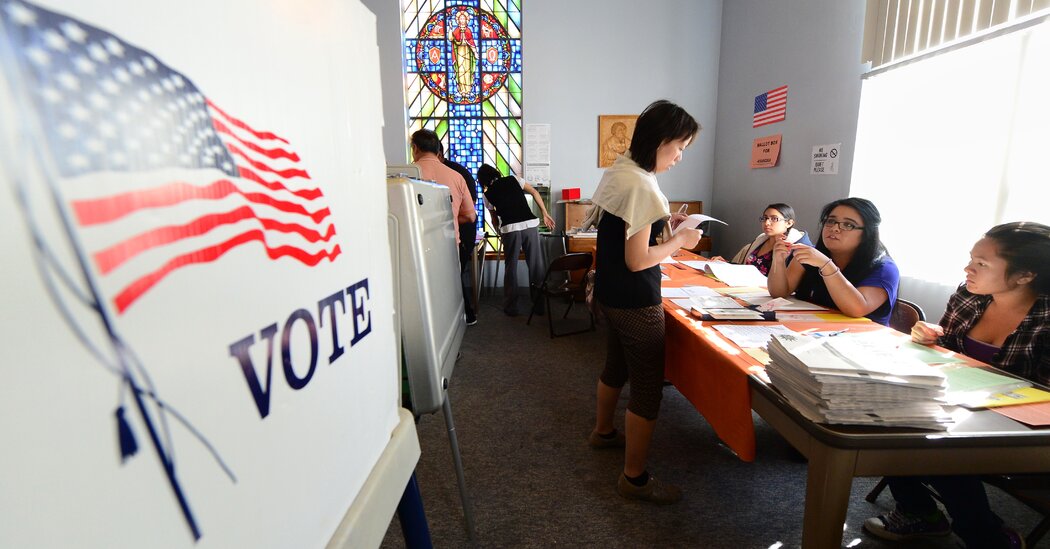 While most of the experts on Asian American politics I contacted voiced confidence in the continued commitment of Asian Americans to the Democratic Party and its candidates, there were some danger signals — for example, in the 2021 New York City mayoral election. Eric Adams, the Democrat, decisively beat Curtis Sliwa, the Republican, 65.5 percent to 27.1 percent, but support for Sliwa — an anti-crime stalwart who pledged to take on “the spineless politicians who vote to defund police” — shot up to 44 percent “in precincts where more than half of residents are Asian,” according to The City.

The story was headlined “Chinese voters came out in force for the GOP in NYC, shaking up politics,” and the subhead read “From Sunset Park in Brooklyn to Elmhurst and Flushing in Queens, frustrations over Democratic stances on schools and crime helped mobilize votes for Republican Curtis Sliwa for mayor and conservative Council candidates.”

A crucial catalyst in the surge of support for Sliwa, according to The City, was his “proposed reforms to specialized high school admissions and gifted and talented programs” — ignoring the fact that Adams had also pledged to do this. More generally, the City reported,

A wave of hate crimes targeting Asian Americans during the pandemic has heightened a sense of urgency about public safety and law enforcement. Asian anger and frustration have, for the first time, left a visible dent in a city election.

Grace Meng, a Democratic congresswoman from Queens, tweeted on Nov. 4, 2021:

Pending paper ballot counts, the assembly districts of @nily, @edbraunstein, @Barnwell30, @Rontkim and @Stacey23AD all went Republican. Our party better start giving more of a sh*t about #aapi (Asian American-Pacific Island) voters and communities. No other community turned out at a faster pace than AAPIs in 2020.

The recall also appeared to be a demonstration of Asian American electoral power. In echoes of debates in other cities, many Chinese voters were incensed when the school board changed the admission system for the district’s most prestigious institution, Lowell High School. It abolished requirements based primarily on grades and test scores, instead implementing a lottery system.

In their March 2021 paper, “Why the trope of Black-Asian conflict in the face of anti-Asian violence dismisses solidarity,” Jennifer Lee and Tiffany Huang, sociologists at Columbia and the University of Pennsylvania, pointed out that since March 2020 there had been “over 3,000 self-reported incidents of anti-Asian violence from 47 states and the District of Columbia, ranging from stabbings and beatings, to verbal harassment and bullying, to being spit on and shunned.”

While “these senseless acts of anti-Asian violence have finally garnered the national attention they deserve,” Lee and Huang continued, “they have also invoked anti-Black sentiment and reignited the trope of Black-Asian conflict. Because some of the videotaped perpetrators appear to have been Black, some observers immediately reduced anti-Asian violence to Black-Asian conflict.”

Working against such Black-Asian conflict, the two authors argue, is a besieged but “real-world solidarity” demonstrated in

Lee and Huang warn, however, that “anger among a minority has invoked fear among the majority of Asian Americans.”

In “Asian Americans, Affirmative Action & the Rise in Anti-Asian Hate,” published in the Spring 2021 issue of Daedalus, a journal of the American Academy of Arts & Sciences, Lee makes the case that Asian Americans are at a political tipping point:

The changing selectivity of contemporary U.S. Asian immigration has recast Asian Americans from “unassimilable to exceptional,” resulting in their rapid racial mobility. This mobility combined with their minoritized status places them in a unique group position in the U.S. racial hierarchy, conveniently wedged between underrepresented minorities who stand to gain most from the policy (affirmative action) and the advantaged majority who stands to lose most because of it. It also marks Asians as compelling victims of affirmative action who are penalized because of their race.

In recent years, “a new brand of Asian immigrants has entered the political sphere whose attitudes depart from the Asian American college student activists of the 1960s,” Lee writes. “This faction of politically conservative Asian immigrants has no intention of following their liberal-leaning predecessors, nor do they intend to stay silent.”

The issue of “whether more Asian Americans will choose to side with conservatives,” Lee writes, “or whether they will choose to forge a collective Asian American alliance will depend on whether U.S. Asians recognize and embrace their ethnic and class diversity. Will they forge a sense of linked fate akin to that which has guided the political attitudes and voting behavior of Black Americans?”