‘You Have to Give Us Respect’: How Asian Americans Fueled the San Francisco Recall 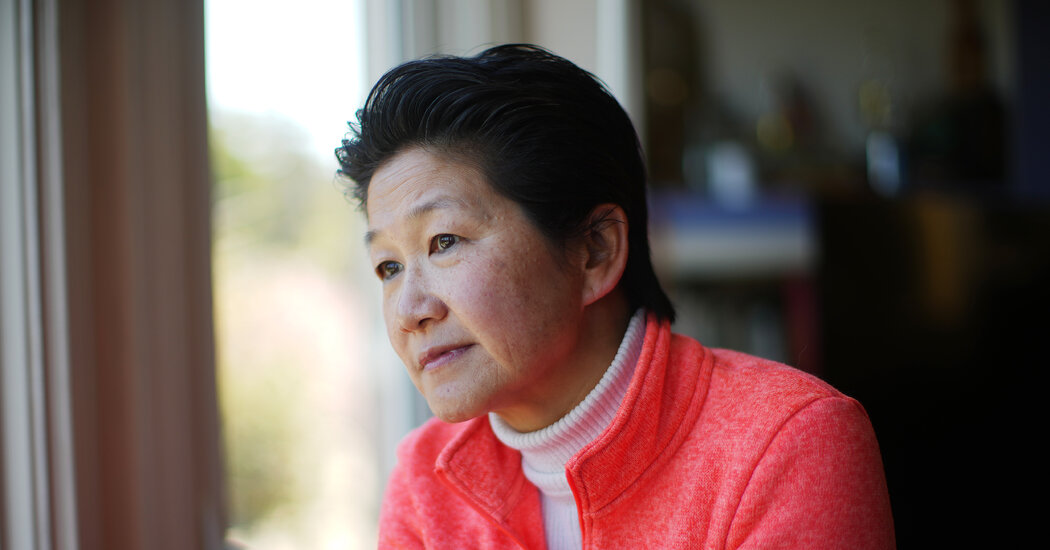 SAN FRANCISCO — As Election Day approached, a flurry of messages flashed across the phones of San Francisco’s Chinese American community. “Remember to vote,” said one message in Chinese from a campaign organizer, Selena Chu. “And throw out the commissioners who are discriminating against us and disrespecting our community.”

The lopsided victory in a recall election on Tuesday that ousted three members of the San Francisco school board shook the city’s liberal establishment and was a resounding alarm of parental anger over the way the public school system handled the coronavirus pandemic.

Parents of varying ethnicities and income levels who had coalesced last year while San Francisco schools remained closed — they stayed shut for much longer than those in other large cities — organized themselves through Facebook groups and vowed to push out Board of Education members for what they saw as incompetence. They kept their promise: The three commissioners were removed by as much as 79 percent of voters, an unequivocal rejection in a city renowned for fractious politics.

For many Asian Americans in the city, especially the large Chinese American community, the results were an affirmation of the group’s voting power, coming with a high degree of organizing, turnout and intensity not seen in many years. In an election where every registered voter received a ballot, overall turnout was relatively low at 26 percent; turnout among the 30,000 people who requested Chinese-language ballots was significantly higher at 37 percent.

In an overwhelmingly liberal city, Asian American voters have sided with Democrats for decades. But in recent years, a growing number of Chinese residents, many of them born in mainland China, have become a moderating political force. Most Chinese residents in the city are registered as independents and, as Tuesday’s election appeared to show, they are not afraid to buck some of the more liberal elements of the Democratic Party. It is a pattern that has emerged in other cities, like New York, that are largely Democratic with significant Asian American populations.

“They are absolutely up for grabs,” David Lee, a political science lecturer at San Francisco State University, said of Asian American voters in the city.

In Tuesday’s election, two issues in particular motivated Chinese American voters. The Board of Education had voted to put in place a lottery admission system at the highly selective Lowell High School, replacing an admission process that primarily selected students with the highest grades and test scores. Lowell, whose long list of notable alumni includes Justice Stephen G. Breyer, for decades had represented what one community member described as the “gateway to the American dream.” The introduction of the lottery system has reduced the number of Asian and white ninth graders at Lowell by around one-quarter and increased Black and Latino ninth graders by more than 40 percent.

Chinese voters were also upset by tweets by Alison Collins, one of the recalled school board members, that were unearthed during the campaign. Ms. Collins said Asian Americans used “white supremacist thinking to assimilate and ‘get ahead.’” She went on to compare Asian Americans to slaves who had the advantage of working inside a slave owner’s home instead of doing more grueling labor in the fields, using asterisks to mask an anti-Black racial slur. The tweets reinforced a sentiment among many Chinese voters of being taken for granted, underrepresented and insulted, people involved in the recall campaign said.

Asian American voters also said they were motivated by issues beyond the actions of the board: The number of high-profile attacks against Asian Americans, many of them older, has traumatized the community. And many Chinese-owned businesses were suffering the effects of pandemic closures, especially in Chinatown.

“We are losing faith in government,” said Bayard Fong, president of the Chinese American Democratic Club.

Asian Americans make up about 36 percent of San Francisco’s population, one of the largest such communities in a major city, but they are an incredibly diverse group that includes Filipinos, Indians, Vietnamese and Thais and features different economic, linguistic and ethnic backgrounds. Chinese Americans are by far the largest Asian group, making up 23 percent of San Francisco’s population. Forty percent of the population is white, 15 percent Latino and 6 percent Black.

The ouster of the three board members will elevate the only Chinese American member of the seven-person board to the position of president. And it puts Mayor London Breed in the delicate position of appointing three replacement members who will be acceptable to the parents now closely watching the process. Recall campaigners say they hope more Asian Americans will be appointed to the board.

Autumn Looijen, who with her partner, Siva Raj, organized signature gathering and initiated the recall campaign, described the Chinese American community as crucial to the recall’s success.

“They were the backbone of our volunteer efforts,” Ms. Looijen said. “They have been really powering this campaign from the beginning.”

During the campaign, organizers used WeChat, the Chinese-language messaging app, to offer everything from detailed instructions on how to fill out a ballot to organizing the deployment of volunteers in Chinatown, where lion dances and drumming exhorted residents to vote.

“We shall be silent no more,” said a flier in English and Chinese handed out by the Chinese American Democratic Club.

Parents who campaigned for the recall described an awakening in the Chinese American community by people who had been largely apolitical until now.

Ms. Chu, the woman who sent the WeChat message urging people to vote, said she grew up with parents who advised her to remain quiet if she felt she was being treated unfairly. Many first-generation immigrants still feel that way, she said.

Now a mother of two children in the San Francisco public school system, Ms. Chu felt compelled, for the first time, to become actively involved in an election. Her hands hurt, she said, from texting so much on WeChat during the campaign.

She was motivated by a sense of being punished and pilloried for working hard and striving.

“This year a lot of parents are telling me, ‘We are done with being scapegoats,’” Ms. Chu said.

“We are still being looked at as foreigners,” she said. “We are Americans. You have to give us respect.”

She called the recall election a milestone for the Asian American community.

“They finally understand the power of their vote,” she said.

Crucial to the organizing efforts was Ann Hsu, a Beijing-born entrepreneur with decades of experience in starting up and managing companies in both China and the United States.

Ms. Hsu used her management experience to organize volunteers and set campaign strategies. She ignored the English-language media and instead focused tightly on Chinese-language newspapers, YouTube channels and advertising. She and her volunteers distributed thousands of yellow shopping bags emblazoned with recall messages and gave them out to older Chinese residents. She set up a task force that registered 560 residents, almost all of them Asian Americans, to vote.

Using WeChat to organize her operations had the added advantage of breaking a language barrier: She speaks Mandarin while other residents are more comfortable in Cantonese. The written messages could be understood by all.

Ms. Hsu’s voice fills with emotion when she discusses the issue of Lowell, which she said was the primary motivation for jumping into politics.

“When you came for Lowell, you came for the Asians,” she said in an interview on Wednesday. “We are going to stand up and say no more, no!”

The future admissions process at Lowell remains unclear — the lottery system will remain in place for students entering in the fall, but the board has not made a decision for admissions beyond next year.

Ms. Hsu says Lowell is not directly personal for her. Her two teenage boys are at another school in the San Francisco public school district.

But she saw in the board’s decisions a deep sense that the aspirations of Asian American residents were being ignored.

The debate over admission to elite public high schools has galvanized Asian parents in other cities, notably New York. In both San Francisco and New York, the issue cleaves liberal voters who are torn between a desire to maintain a system that has traditionally benefited high-achieving students from poorer, often immigrant, backgrounds but at the same time left behind Black and Latino students.

In New York, where Black and Latino students are disproportionately underrepresented in the elite public high schools, the issue of school segregation rose to the fore during New York’s mayoral election last year. Left-leaning candidates called for a fundamental overhaul of the admissions standards while centrist candidates called for its retention. Among those who promised to keep the test was Eric Adams, the current mayor.

Ms. Collins, the board member who was criticized for her tweets, said during the campaign that she had “desegregated” Lowell.

In the wake of the lopsided recall, political analysts are weighing whether the energy and fervor of the campaign will carry over into other elections both in the city and nationally.

Mike Chen, a board member of the Edwin M. Lee Asian Pacific Democratic Club, said the results were remarkable — “nobody in the city can agree 80 percent on anything.” But he said he would “heavily caution” making predictions about other campaigns based off a single election with relatively low turnout. San Francisco had a very particular set of issues that pushed parents over the edge, he said.

“People have been trying to make extrapolations: What does this mean for school board elections in Ohio or Virginia?” he said.

“We had this very particular instance,” he continued. “We had very visible examples of incompetence, bad governance and malfeasance. Most people could objectively observe the decisions that were happening last year and think, ‘This is really messed up.’”