EXCLUSIVE: Rep. Young Kim, R-Calif., spoke with Fox News Digital about Harvard’s admissions policies, which she says unfairly discriminate against Asian Americans, and urged the recall of Los Angeles’ District Attorney George Gascon for failing to put criminals behind bars amid an uptick in hate crimes against Asians.

The California Republican told Fox News Digital she first became aware of U.S. colleges’ discriminatory admissions policies in 2014, when she was running for the state assembly. At the time, the California State Senate had passed ACA 5, to repeal the state ban on affirmative action. Kim pushed hard and successfully killed the bill, which she said would “unfairly target the hardworking Asian American students from being admitted to colleges,” despite getting good grades and working hard.

AT THE OLYMPICS, THE CHINESE GOVERNMENT IS WATCHING EVERYONE

“We killed it,” Kim told Fox News Digital with a smile. 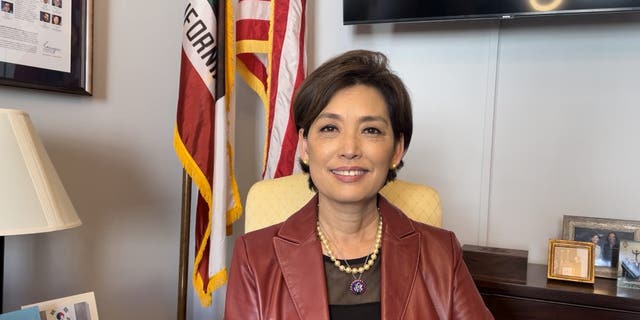 The issue of using race as a factor in college admissions is back in the center of national debate, as the Supreme Court recently agreed to hear two cases against U.S. colleges Harvard University and the University of North Carolina at Chapel Hill (UNC) for allegedly “penalizing Asian American applicants” and using “race as a factor in admissions.” The high court will most likely make a decision in 2023.

An amicus brief filed by the former Trump administration’s Department of Justice (DOJ) in 2018 alleges that Harvard scores Asian Americans lower on the “personal rating” component, which includes subjective qualities such as “positive personality,” “likability,” and being a “good person” with “human qualities.”

In addition, a 2019 Pew poll showed that 73% of Americans believe that U.S. colleges should not use race or ethnicity as a factor in admissions decisions.

“Harvard uses race at every stage of the admissions process,” Students for Fair Admissions, which brought the case to the Supreme Court, said in its filing. “African-American and Hispanic students with PSAT scores of 1100 and up are invited to apply to Harvard, but white and Asian-American students must score a 1350. … In some parts of the country, Asian-American applicants must score higher than all other racial groups, including whites, to be recruited by Harvard.”

However, the Biden administration’s DOJ had urged the Supreme Court to not take up the case, with Solicitor General Elizabeth Prelogar citing precedent and lower court decisions that backed Harvard and allow a college applicant’s race to be used as a factor in admissions. In addition, the Biden DOJ also dropped a similar case against Yale University’s admissions practices right after Biden took office.

Harvard and UNC maintain that their use of race in admissions is proper and does not discriminate against Asian Americans. However, Kim disagrees.

“I represent a very diverse district, so it affects my district and my constituents greatly, and they are the ones who brought it to my attention in 2014, as I mentioned. And when we defeated ACA 5, we told them just because we stopped it this time, let’s not be complacent because in some form, they’re going to come back. They’re going to try to bring it back. And they surely did,” Kim told Fox News Digital. 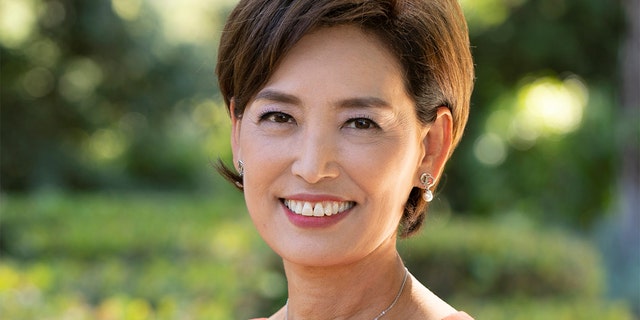 The congresswoman continued, “It brings a sadness, and it’s — I feel like, you know, as an Asian American, and one of the leaders in the Asian American community, I felt that I needed to continue to speak out and stand with them and advocate on their behalf and continue to fight the fight so that their voices will be heard and why they feel that this issue needs to be heard at the Supreme Court level. And so I was really glad to hear that [the Supreme Court] decided to hear their case.”

“And again, as I said over and over, we need to judge individuals based on their own merits, and we cannot be looking at their races or different ethnicity just to cater to meet the minority people that say, you know, we need to be giving opportunity for different races or individuals who may not even have the qualification. Everyone needs to work hard, and that’s what America is. Look at me. I’m an immigrant. When I came to the United States as a young girl, I didn’t speak a word of English. That didn’t stop me from working hard,” Kim said.

Kim also told Fox News Digital that Asian Americans have also been unfairly targeted during the COVID-19 pandemic, due to the fact the virus originated from China.

She said that her first act as a freshman member of the House of Representatives was to appear before a House Judiciary Committee to advocate on behalf of members of the Asian American and Pacific Islander (AAPI) community who have been targeted for crimes based on their race. Kim called it “unfair” and “heartbreaking” amid the uptick in hate crimes against the AAPI community, which rose 73% in 2020, according to FBI data.

“So I spoke out and said Asian American issues are American issues, and there is not one ethnicity or any one Asian American that is responsible for COVID. So I spoke out, and we introduced legislation. But I think at the end of the day, people need to really respect one another and treat each other with respect and see each other as Americans. Because no matter how many bills or resolutions that we introduce and pass, we cannot treat hate or take hate out of our hearts and minds. We need to treat each other with respect.”

Kim is also advocating for the recall of LA’s District Attorney (DA) George Gascon, who the congresswoman says is hurting Californians by failing to put criminals behind bars, especially amid the rise of hate crimes being committed against Asian Americans. 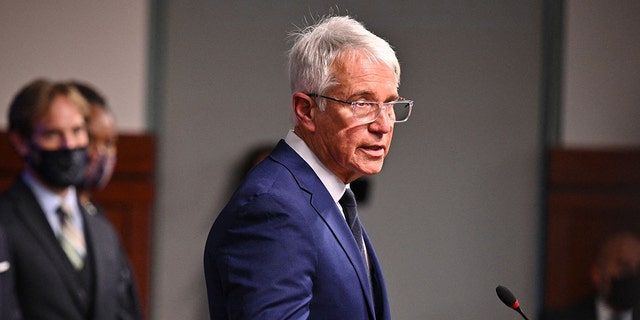 “He’s in the wrong position. You know, instead of being a district attorney, he should be a public defender, first of all. And part of my district is in Los Angeles County, so we are seeing my constituents, especially small businesses, being hurt by his inaction to put those criminals behind bars. So my advice to him is, do your job.”

Kim referred to California’s Proposition 47, that she said reclassified felonies into misdemeanors and lets criminals out of jail early because they are overcrowded.

“And also, DA Gascon’s inability to do his job has, I think, attributed to the uptick in crimes in our communities, especially in my district. … So I really commend those individuals that are working hard to recall DA Gascon, and I’m one to really believe that we need a better person to fill that position, and maybe he can go back in being a public defender,” she said.

A campaign to recall Gascon has gained traction as violent crime increases in LA.